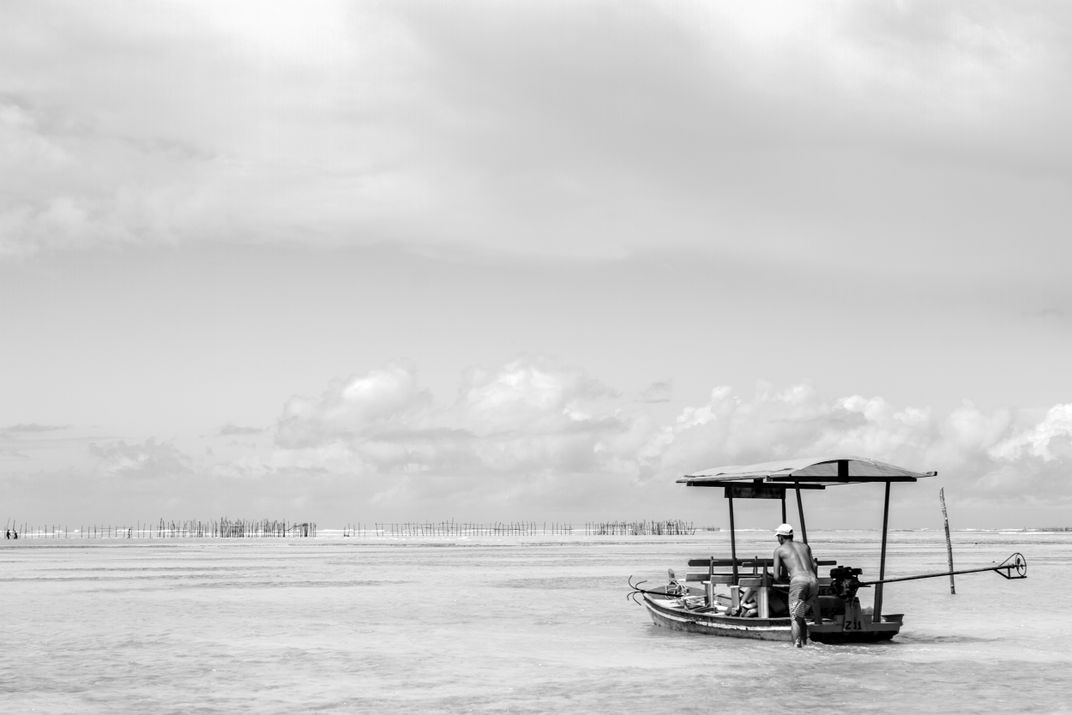 Finally setting foot in the renewed beach of Sao Miguel dos Milagres in Alagoas, North East of Brazil, my friends and I found ourselves in complete loneliness. Not a single person was there. Until the boats started coming, and their proud captains with them, ready to step on land after hours spent fishing at sea. Colourful boats of all kinds suddenly permeated the shore. At first, I found myself interested in the people coming out of the boats, their faces and their smiles filled with stories to tell. But as they left the boats, quietly lulled by the small waves, safely secured to the shore's shallow sand, my focus shifted. Those boats, roaming with colours and character, seemed in fact as tamed animals, resting after a big fight, or an even bigger adventure. They gave me a peaceful feeling which I tried to portray in this picture.