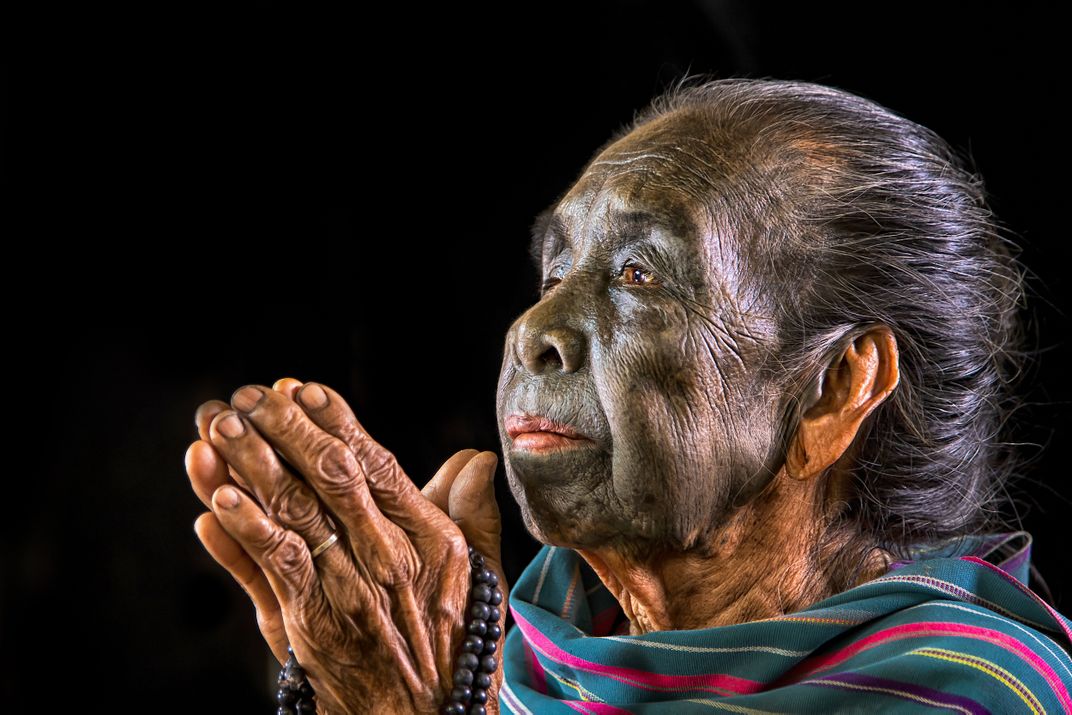 Chin grandma with facial tattoo worshipping the Lord of Buddha. In the culture of Chin Ethnic groups, they have the traditions of women tattooed their face when they grown up. Chin legend has it that when a Burmese king travelled to the region, he was impressed by the women's beauty that he took one to takes as a bride. Chin families began to tattoo their daughters because of this to prevent taking away their daughters. Other Chin tales say that is for beauty, and perhaps more possibly, to different the different tribes in case one was kidnapped by another. another explanation may have to do with religions.