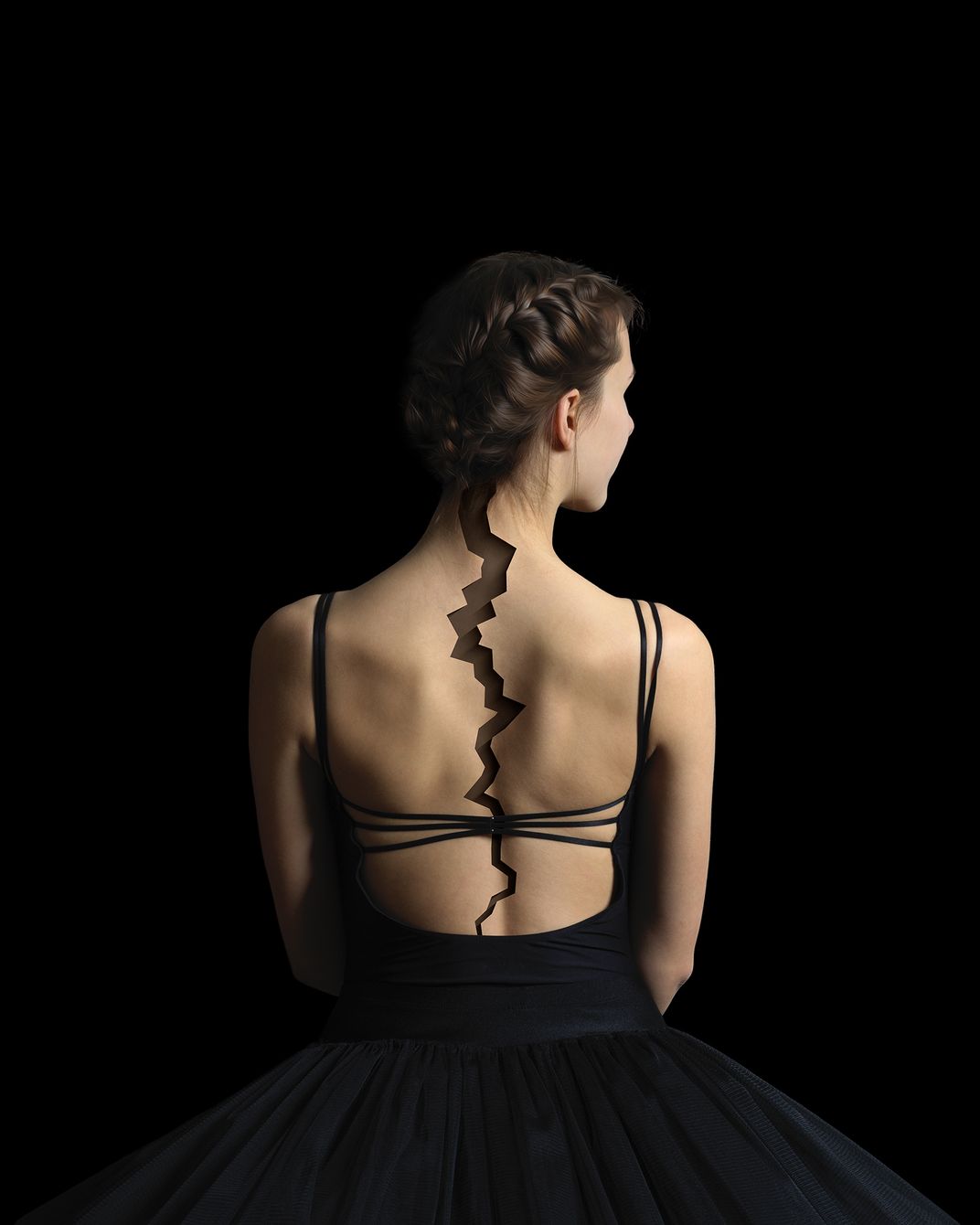 The series „Dark Sides“ deals with bad experiences and - unsuccessful - coping mechanisms. The pictures of this project are deliberately kept minimalistic with a deep black background. The depicted people are anonymous: they are covered, turned upside down or shown from behind while their "dark Sides" are exposed. The series started during the Corona-lockdown in Germany. This special situation caused many cases of enforced loneliness and other existential problems, which were often numbed with unhealthy substitutes. I myself felt like drowning in the flood of my own thoughts and emotions after many weeks of social distancing. Fortunately I had two models at home. With the support of my daughters I was able to start my series "Dark Sides", which has evolved during this Corona year and now consists of 5 pictures..