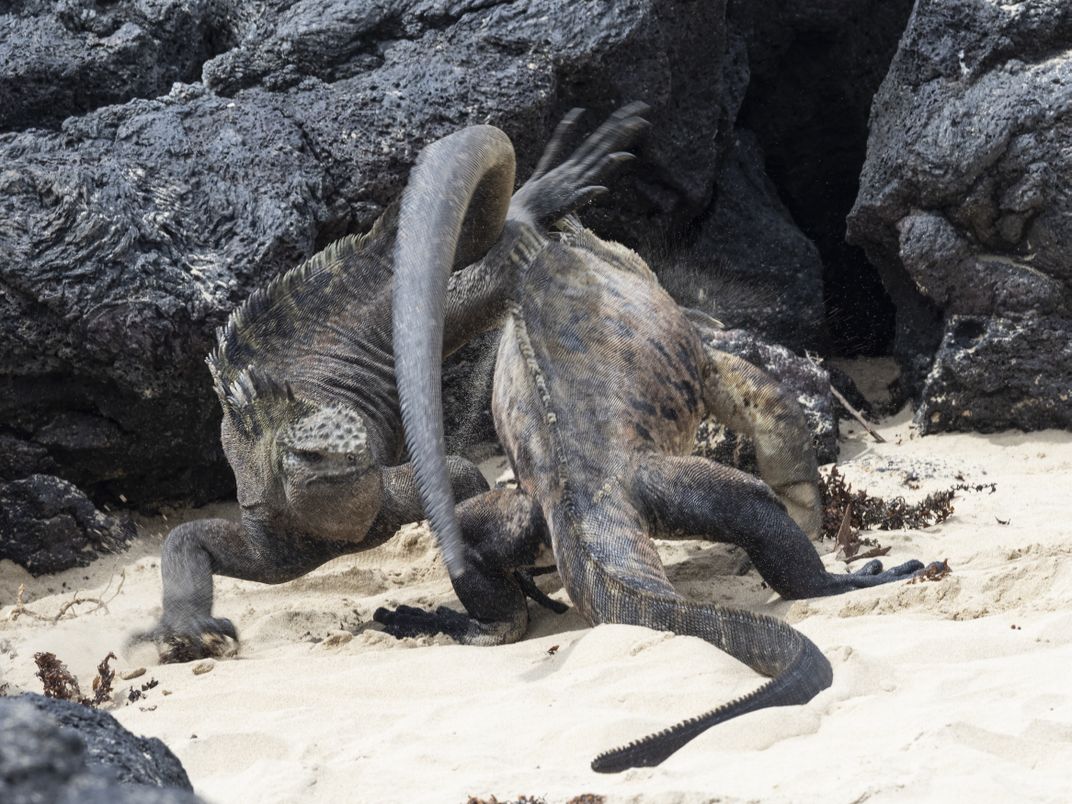 The Male Marine Iguanas are very territorial and protective of their group and space. This is a typical fight which usually does not last long, but I was lucky to have witnessed this 20 minute long one. The one protecting his rock did win eventually with the other running away. It was amazing to see how this was done. The stronger one had pushed the head of the intruder into the sand and it eventually broke loose and ran away. This image was captured on the Island of Isabella in the Galapagos where the the Marine Iguanas are endemic.