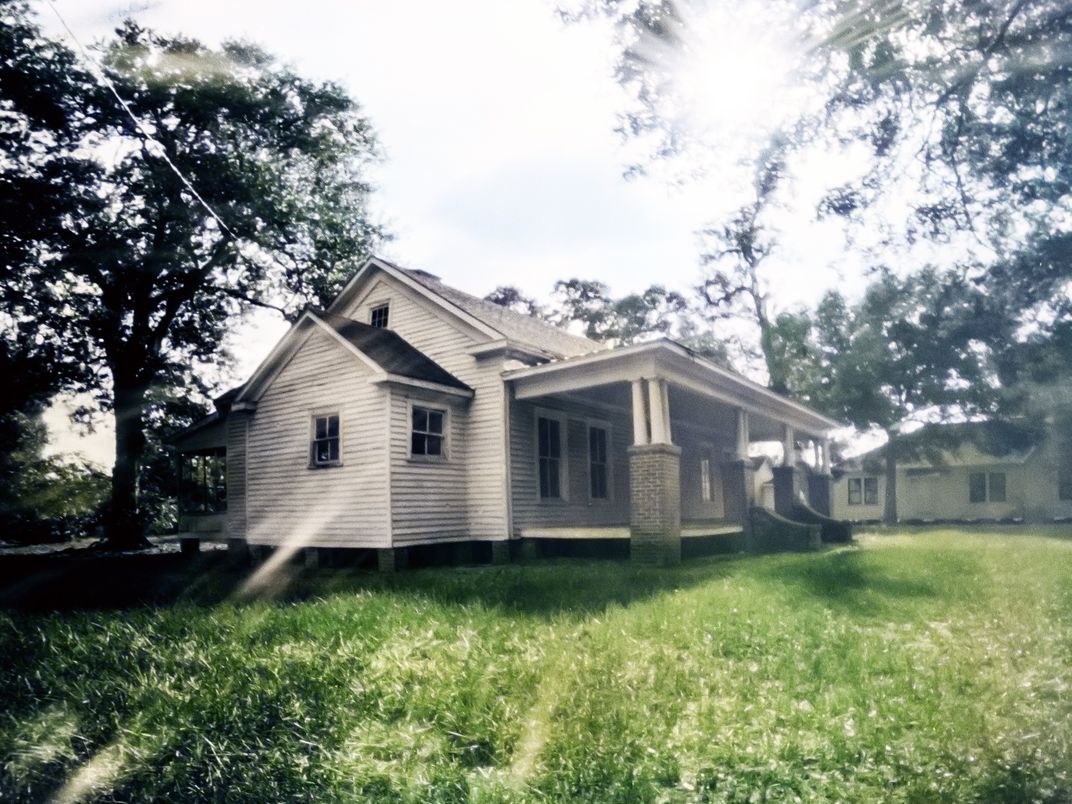 Turn of the Century Texas Home in Richmond, Texas. Richmond was the first Texas town and location of the initial landing for the original 300 colonists hoping to make a new start. This photo is of a neighborhood in the town of Richmond probably built in the later 1800's or early 1900's. The town is near the sight where General Santa Anna and the Mexican army crossed the Brazos river on a two day march to San Jacinto where the encamped Mexican army was defeated by General Sam Houston's Texian army.