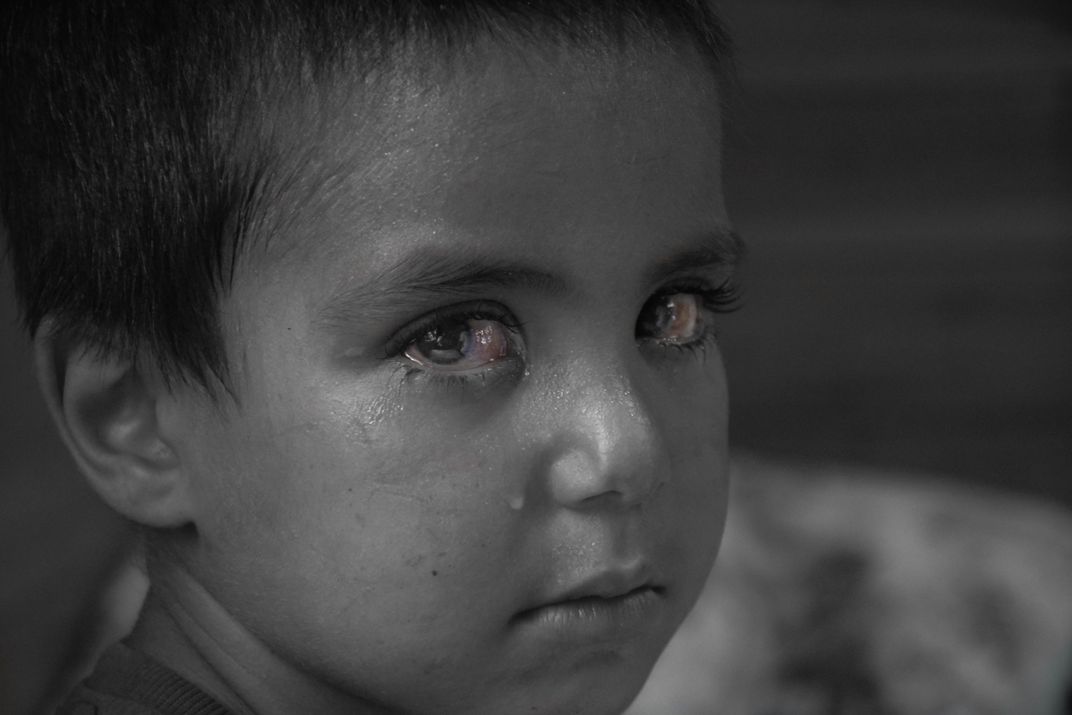 I met five-year-old Alaa and his family when I was working with an aid organization on the Greek island of Lesvos. His family had left Syria a year and a half earlier due to the war, and had successfully undertaken the long and perilous journey to Europe. Every time I visited the family in the refugee camp I noticed Alaa rubbing his eyes, which were constantly irritated and runny. I was told that he had watched his mother die in a bombing, and due to his closeness to the explosion his eyes had gone completely red alongside some of his siblings. In comparison to his siblings the redness never faded, and as a result his vision has drastically been reduced. In cooperation with his parents I reached out to eye specialists through connections and social media whom identified the reason to most likely be a burned cornea and tear channel. Currently there are no eye specialist on the island that can help him, but the hope is to find someone local that will offer their help free of charge once they have settled down somewhere permanently.