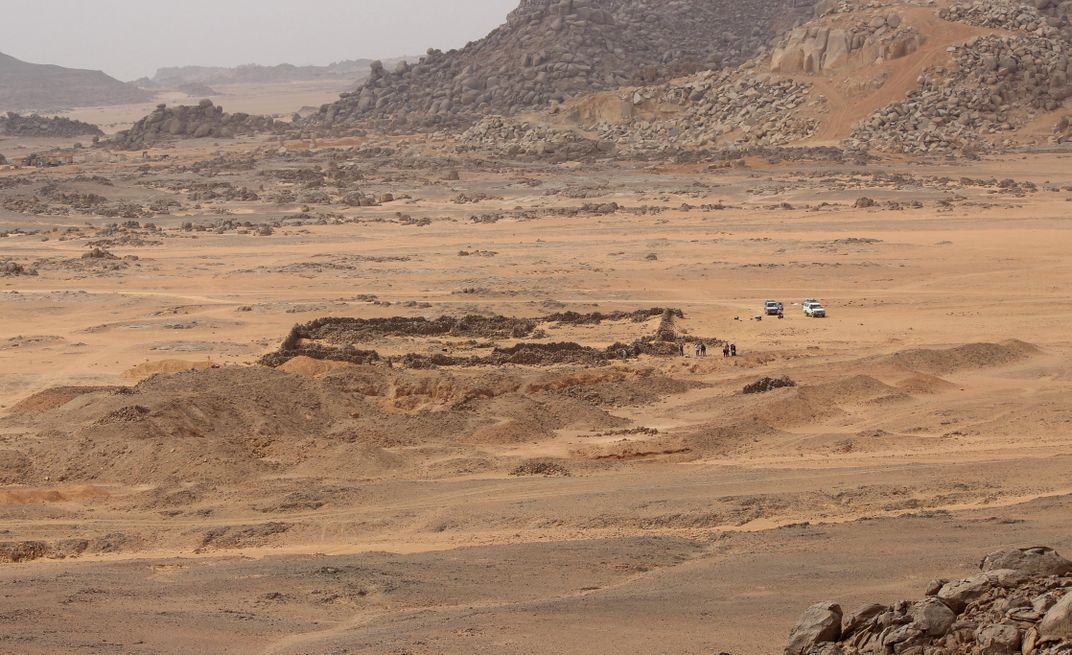 The archaeological site of Wadi el-Hudi combines the remnants of ancient and modern Egyptian mining activities situated in a remote area reminiscent of the red landscape of Mars. Since 2014, the Wadi el-Hudi Expedition (http://www.wadielhudi.com) has been working in Egypt’s Eastern Desert to document exceptionally well preserved ancient fortified settlements attached to gold and amethyst mines from the Middle Kingdom (c. 2000-1700 BCE) and the Early Roman Period (c. 50 BCE to 200 CE). Today, the surface of Wadi el-Hudi is covered in rock quartz, left over from the ancient miners who smashed apart veins of amethyst ore using granite hammerstones also found on site. Just as the modern miners camp nearby the modern granite mines, the ancient miners lived and worked in the same space. The raw amethyst was refined in the settlement and both raw and worked amethyst would be brought back to workshops in the Nile Valley to be turned into jewelry and other objects. Pictured here is Site 9 which was established during the Middle Kingdom. The rectangular settlement (seen in the photo) was most likely a multipurpose building containing housing, administrative, and storage areas for high officials. The architecture at Site 9 gives us a glimpse of the shared lives of the ancient Egyptians and Nubians who lived and worked together at the site.