Home The American Experience The Andersons 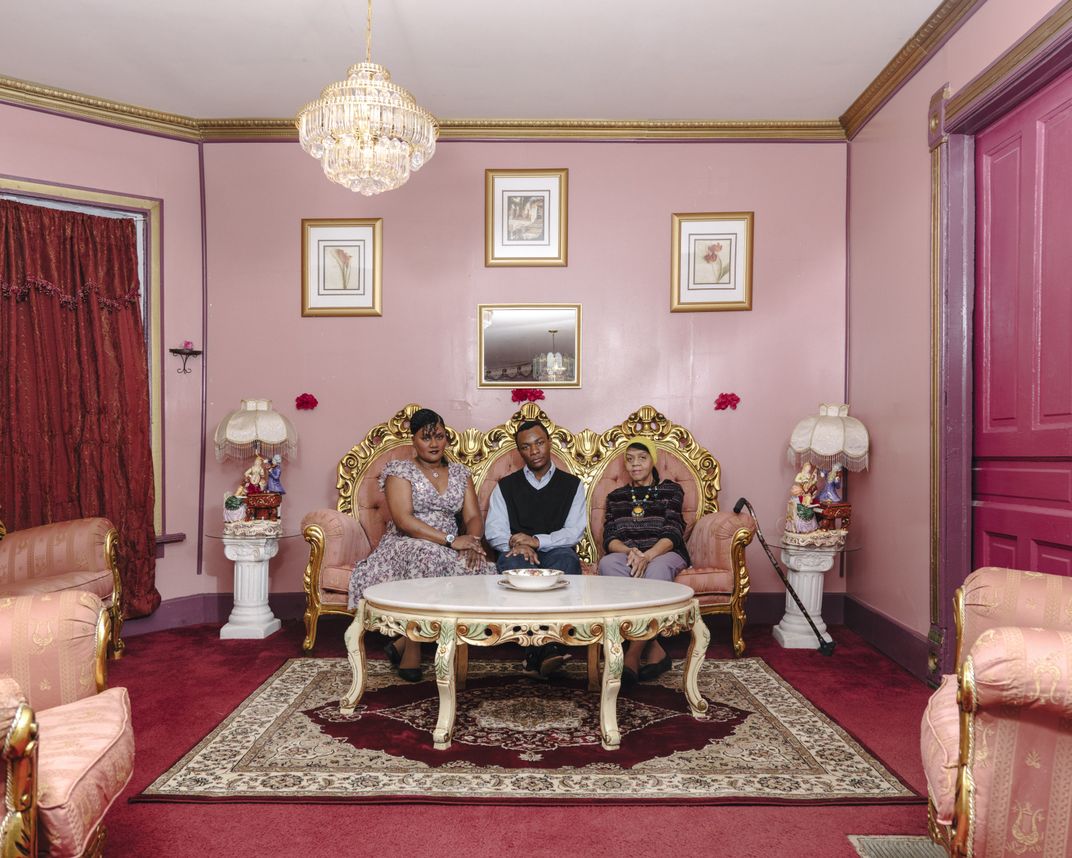 Yolanda Anderson, from Left, Wilhelmina Anderson, and Jonathan Anderson in the living room. On the northern block of North Central Avenue in Chicago’s Westside, sits the infamous Pink and White House. Originally built in 1894, the house was intended to become an inn before it purchased by Reverend Isiah Anderson and his wife, Wilhelmina in 1986. As the home was in dire need of fixing, the family was both financially and physically committed to the restoration of the house. Reverend Anderson tended to most of the construction need, and dedicated endless hours to preserve the history of the Victorian architecture. In 2015, his death declined, and most of their finance was redirected to support his health. Maintenances took a standstill when the Reverend passed away in 2017. The high cost associated with this project could not continue, and remains in need of a repair overhaul. The house still stands as a community symbol of love, and perseverance as it protected the family from the harsh weathers, and the survival of two fires.