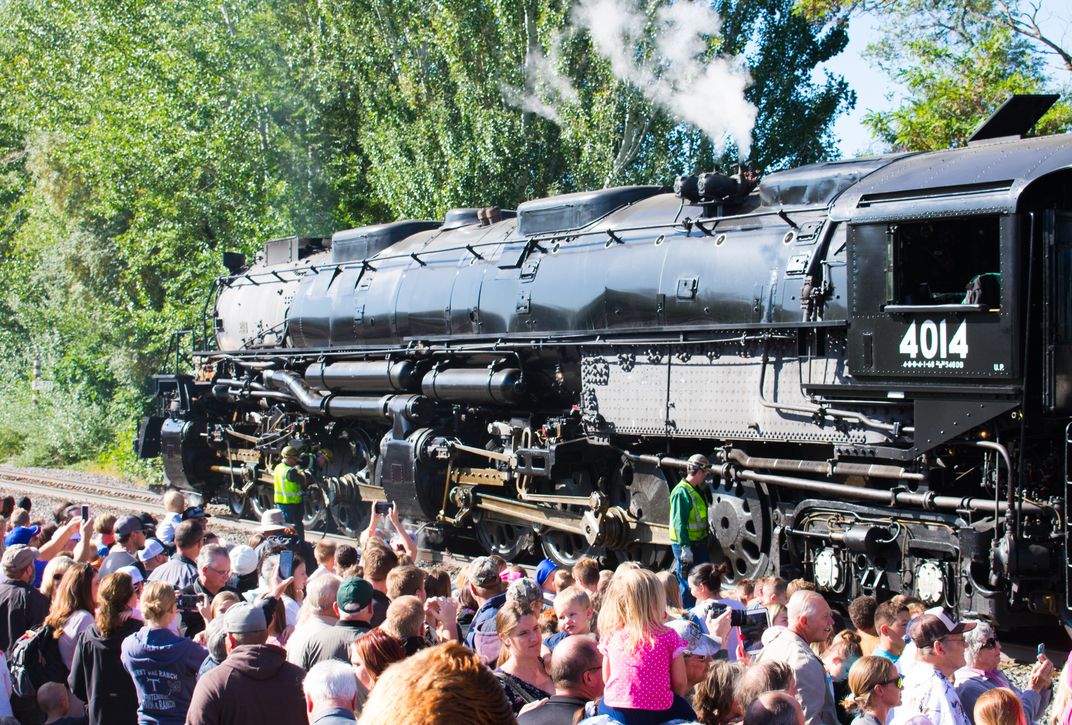 Thousands came to see the Big Boy steam locomotive after its five year restoration. No one thought it would run again. And no one had seen a Big Boy run in 59 years. There were 25 Big Boy locomotives created in the 1940's for the war effort. Weighing 1.2 million tons, the Big Boys were the biggest engine ever built; they had to be big to carry supplies over the Rocky Mountains. There are only 8 Big Boys left, and this is the only engine running. Union Pacific restored it in time for the 150th Anniversary of the Golden Spike in Utah. Later the Big Boy went on tours across the nation where millions gathered to see this magnificent train.