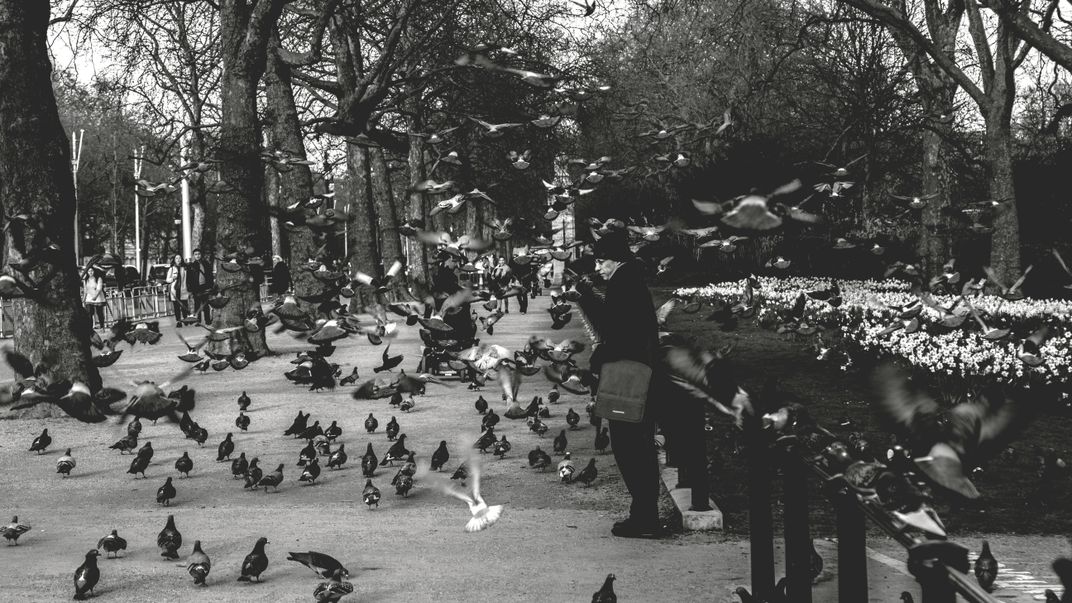 As we walked away from Buckingham Palace, we stopped to see a swarm of pigeons gathering around a man in an electric wheelchair throwing bird seed from a large plastic sack. He turned the corner from the park and moved down the sidewalk. The birds followed ferociously. People all turned to watch this storm of hungry pigeons pursue and surround their chef, except one man. This man wore glasses, a bag strapped around his body, and stood very still, practically within the school of pigeons, casually waiting for the flock to pass through him. I hadn't noticed him when I quickly raised my camera and took this photo, but I captured the pigeons chasing the man in the wheelchair, the passerby gawking at the spectacle, and this man patiently standing in their swarm, paying his attention only to his next step. I took my camera from my face, and the man walked off across the street and away from the hungry mob of birds.