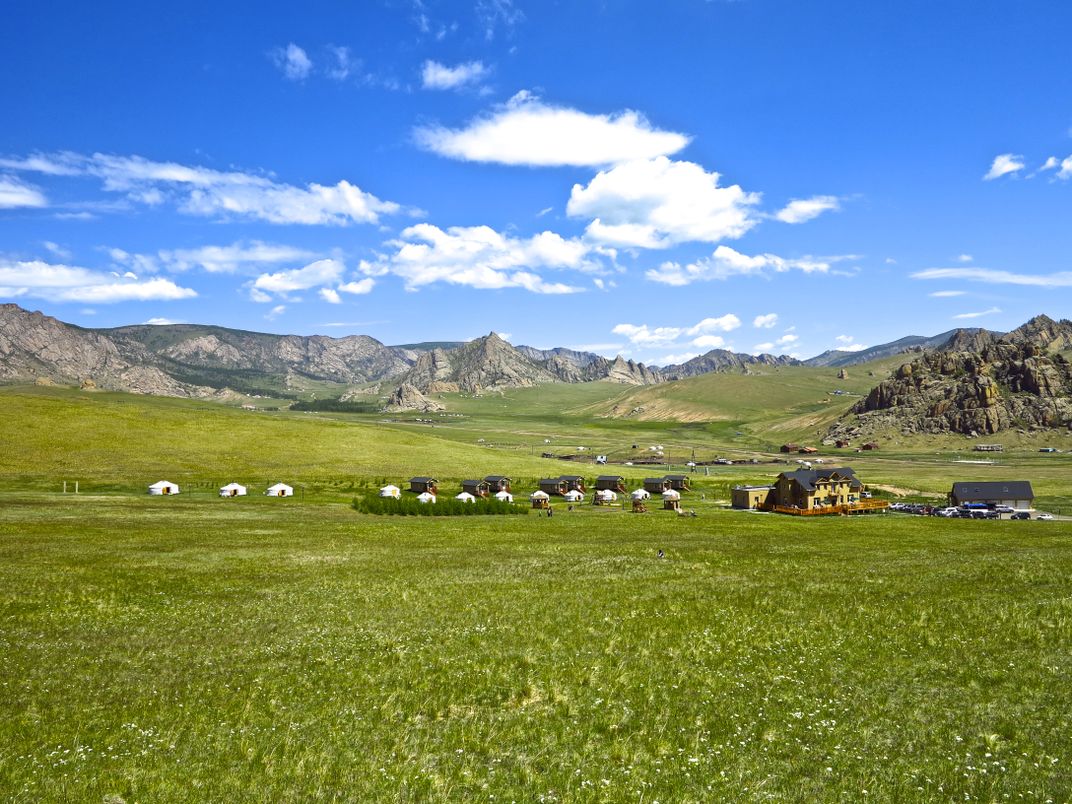 I took this photo while I was traveling around the city of Ulaanbaatar, Mongolia last year, 2013, during the spring season. Mongolia is a small country located in between Russia and China with a population only about 3 million people. Here is also where Chinggis Khan born. Do you know him? The Mongolian emperor who had conquered almost the whole Asia and the European land. Mongolia is an interesting and pretty quiet place. Mongolia has an extreme weather. Sometimes in a day the weather could change 3 times, for example; in the morning it can be cold about -2 Celsius, then in the afternoon it can goes up till 25 Celsius, and in the night it goes back 0 Celsius and even windy. The winter here is pretty long too. So it is really rare to see green grass in a year. It was my first time to visit Mongolian countryside in that picture. The circumstance between the city and the countryside are completely different. In Ulaanbaatar city, there is no such green grass around but in the countryside, it is completely natural. I am really interested with the countryside landscape here rather than the city. Living in this wide land would be a peace for me. But not during the winter! It get super cold when it comes to the mid of the season in which the temperature can be 40 degrees below 0. In Mongolia, there are not many people who have been in this place yet because it is not known well world widely. But I am so lucky because I can visit this place.