Home People The Board Room 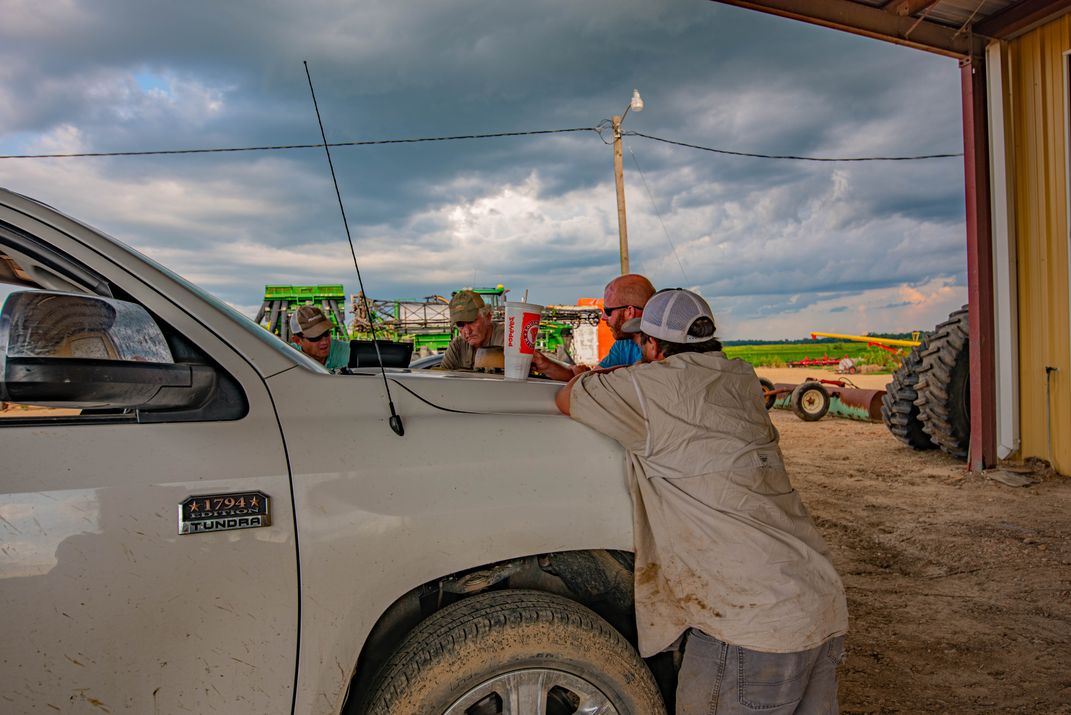 This image was taken just outside of Clarksdale, Mississippi, in the middle of the 2018 growing season. John McKee, III, on the far left, is a fifth generation cotton farmer. The other guys are his team. In late 2017, I began a journey of research and discovery for the Mississippi cotton story. While I had been in many fields of cotton in years prior, I knew nothing about the process of raising cotton. John McKee, III, was just one of many people involved in Mississippi cotton production who I've met along the steep learning curve.