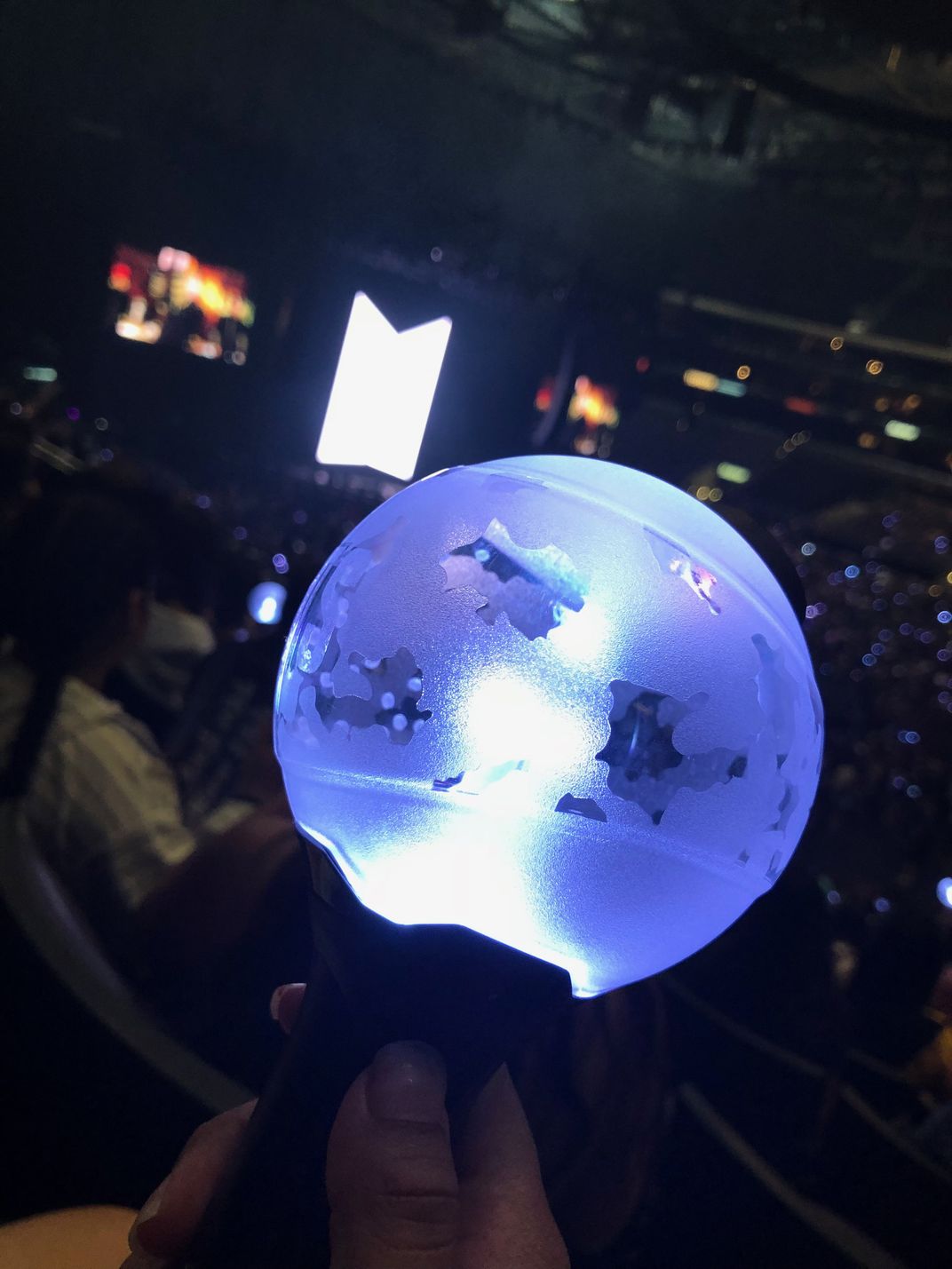 ARMY. I’m not talking about the men and women who serve the country, rather the official fanclub name belonging to world-renowned artists RM, Jungkook, Suga, J-Hope, Jimin, V, and Jin known together as BTS. Through their meaningful lyrics, charismatic performances, brotherly bond, and love to ARMY, BTS has captured the hearts of millions of people worldwide. Language is no barrier to ARMY, for we have created an all-inclusive community where we support one another, establish relationships, and spread BTS.BTS has revolutionized the music industry, standing and competing alongside veteran artists on music platforms. No matter the age, ethnicity, language, background, etc. every single ARMY is supportive of the boys and wants them to break the existing barrier of foreign music in the United States and other countries alike. The photo above is of my very first BTS and korean concert. It was an amazing experience I do not regret, and the shining light in the middle is their very own lightstick, ARMY bomb. Their lightstick changed color throughout the show, however, this picture was beautiful to me because behind it stands the BTS’ logo. RM, Jungkook, Suga, J-Hope, Jimin, V, and Jin are truly inspirational artists.