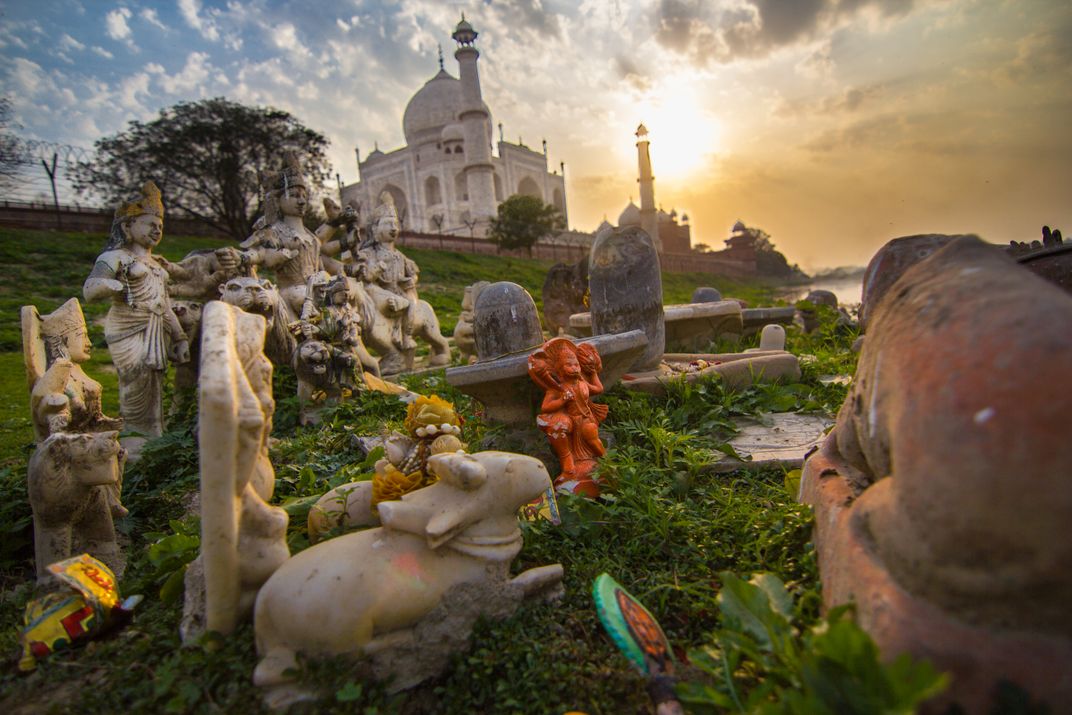 On the southern banks of the river Yamuna, I found this cluster of small marble idols of Hindu gods and goddesses. The Taj Mahal, which is one of the eight wonders of the world, is the best example of Mughal architecture in India built during the rule of the Islamic invaders. It has been described by the great poet Rabindranath Tagore as 'a teardrop on the cheek of eternity'. I tried to portray the coexistence and transition of two cultures in my country through this photograph.