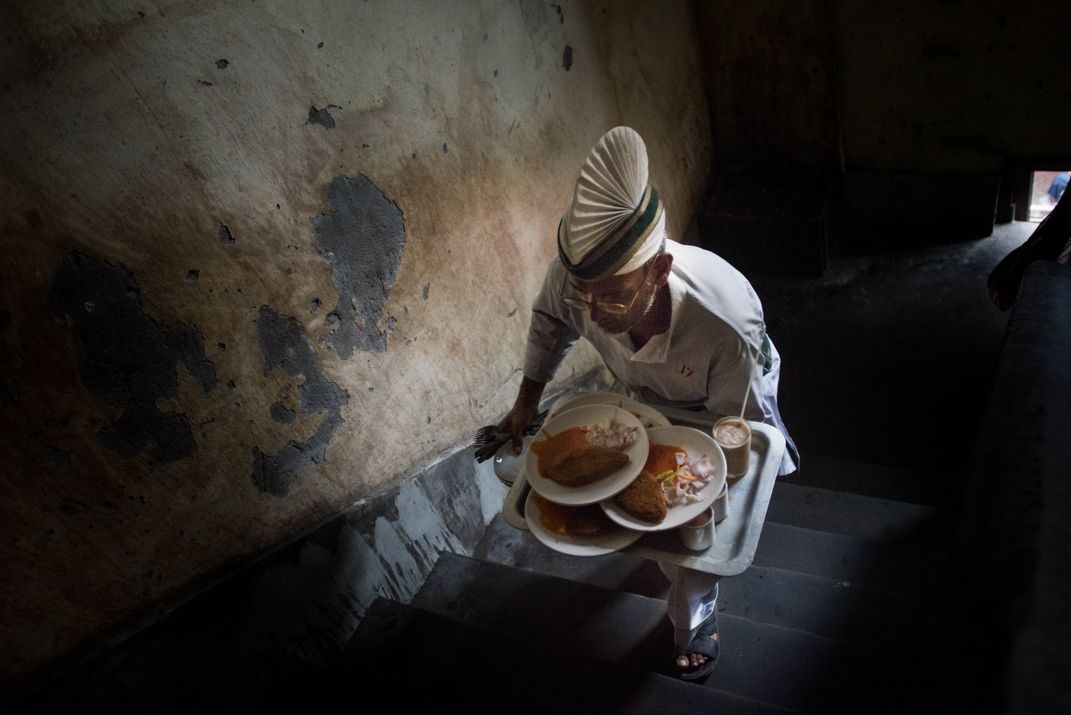 The coffeehouse at college street in Kolkata (Calcutta) in India is almost a heritage place (established in 1942) occupying the two floors in a building formerly known as Albert Hall. The waiters here don a dated costume that remind a bygone era , they balance the food trays with amazing agility while running between two floors in semi dark stairways. The coffeehouse waiters have witnessed many famous personalities engaged in discussions over cups of coffees and food over decades.