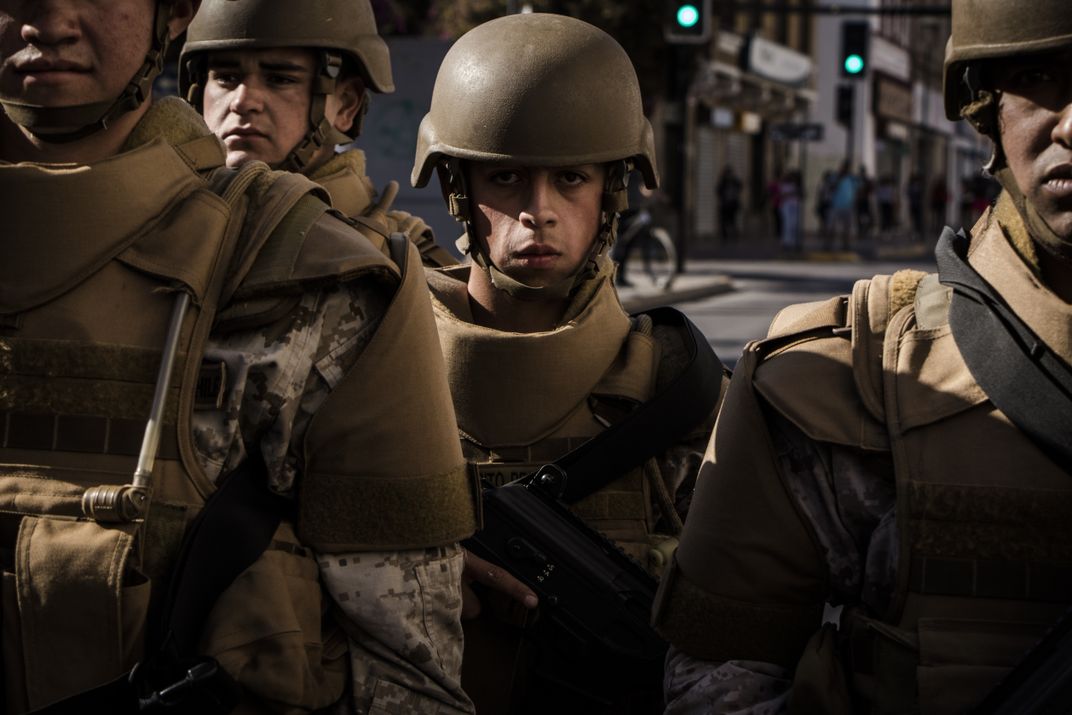 The 18th of October 2019 was a break in the chilean daily life. This day, the military forces like in the old days of the Pinochet's dictatorship were attacking the people. The chilean people was against the abuse of a economical system that only give more poverty to the big part of the chilean society. In the photo, i tried to get the cold expression of a military corps that were waiting to the order to shoot against the people in the days with more violence in the streets.