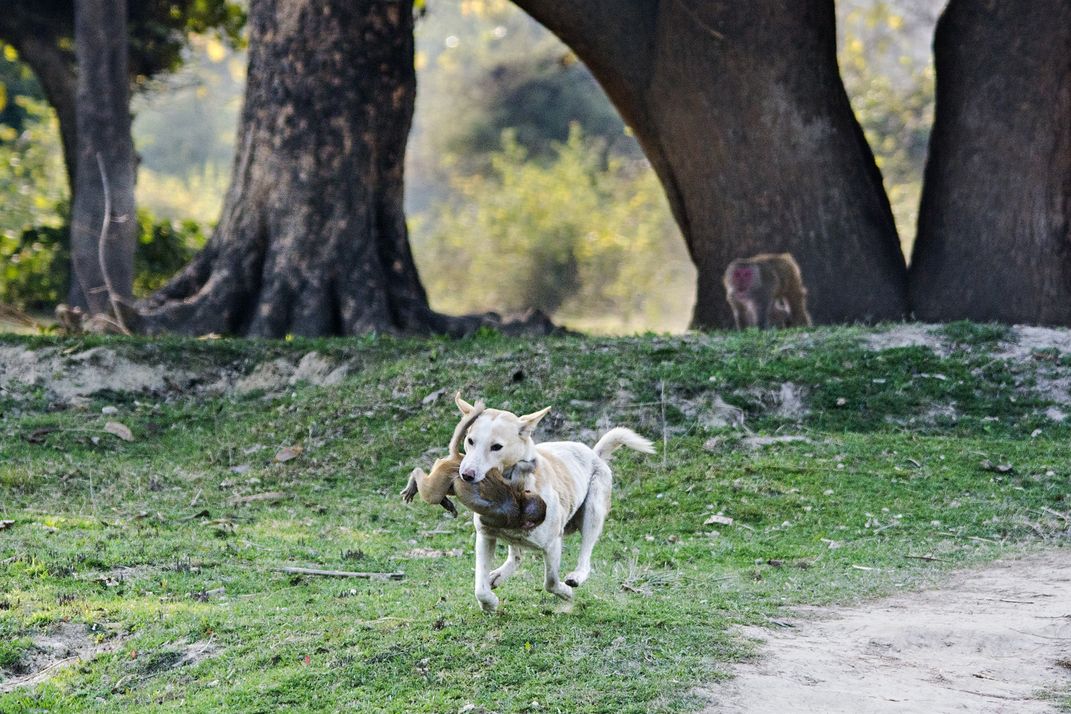 I came across this rare incident during Gomati Bird Count 2014, an initiative to explore avian fauna in and near Gomati River within Lakhimpur Kheri territory. There were total seven teams which were divided in seven regions which covered around 45 kms. distance, each team accompanied by a keen bird watcher. After 6 hours track alongside the river my team was about to complete the task, as we crossed the river & started heading towards our vehicles, we saw that a stray dog has snatched an infant of Rhesus Macaque. For few seconds whole troop of monkey started shouting and attempted to get back the infant but within no time they realized that now game is over but the mother of the baby chased the dog too away and saw last breaths of her baby.