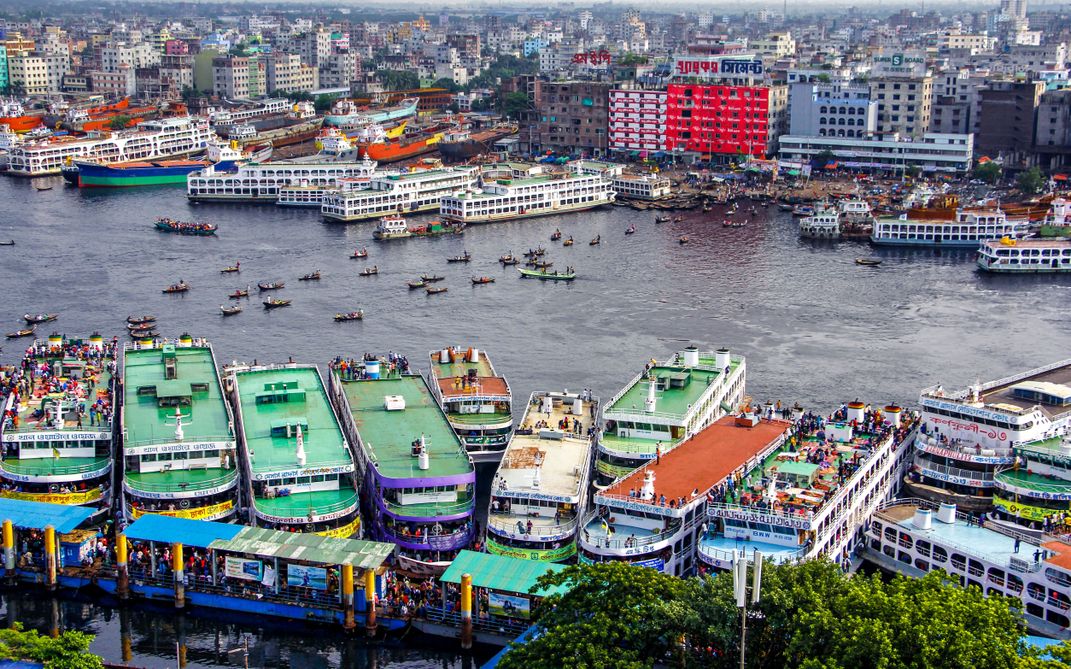 The Port of Dhaka is a major river port on the Buriganga River in Dhaka, the capital and largest city of Bangladesh. The port is located in the southern part of the city. It is Bangladesh's busiest port in terms of passenger traffic. The port has services to most of the districts of Bangladesh. In 2013, a container terminal opened 20 kilometres (12 mi) from the city to handle ocean-going ships. Along with Barisal, Chandpur and Narayanganj; the Dhaka port handled 53 million tonnes of cargo and 22 million passengers in 2013-14.