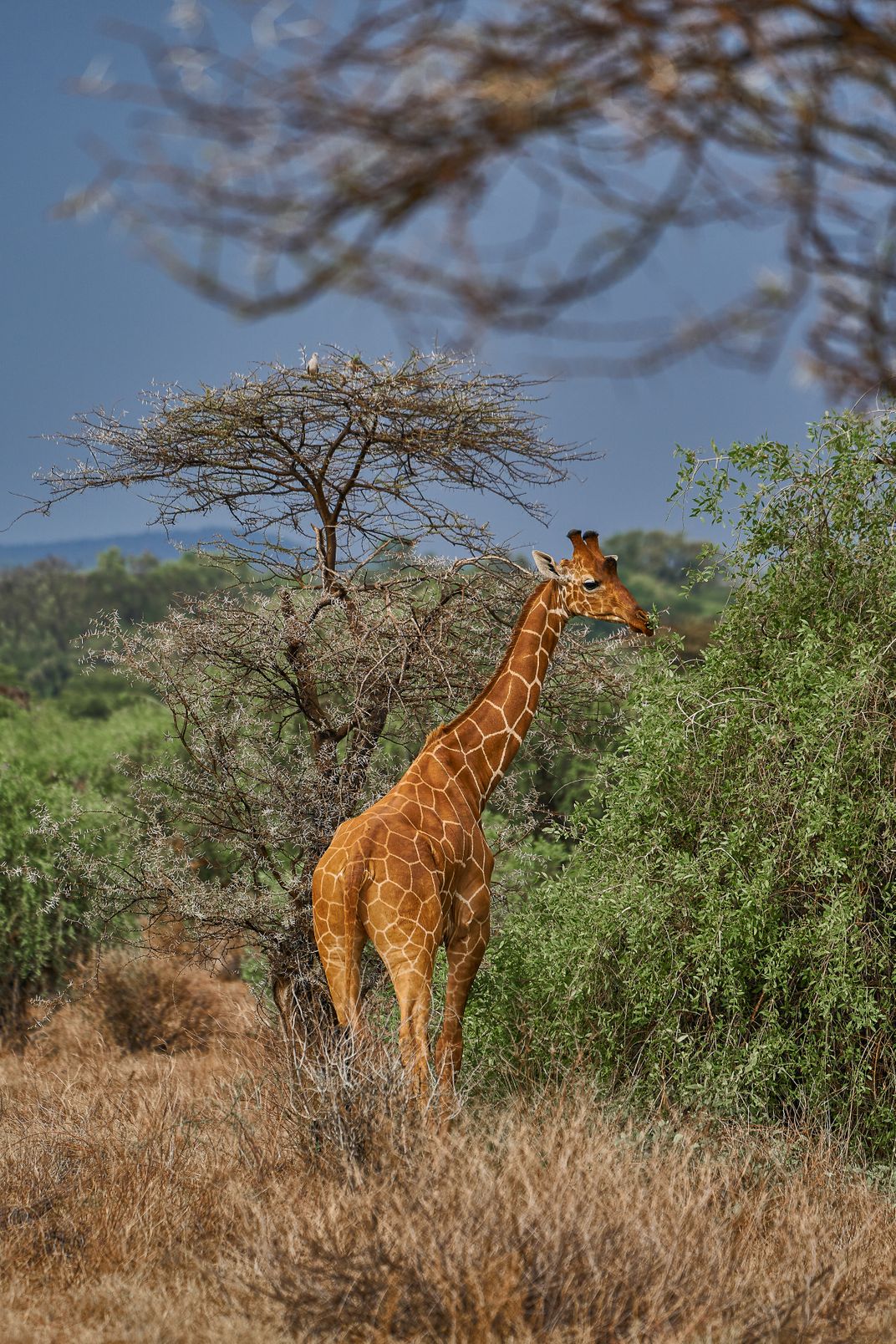 This is my favorite type of giraffe. It’s called reticulated or Somali giraffe. I really like his patterns and the unique color scheme. I’m actually a huge fan of the animal in general. Did you know that giraffe’s neck contains seven vertebrae just like humans, but the length of each one is what makes its elongated feature? And that it has a huge heart that weights 11kg (25pounds)? When babies are born they fall from almost 2 meters, which immediately jump starts their hearts and they are able to walk within minutes. The giraffe evolved in a very cool way, having almost entirely their own niche of food supply. Not many animals go for the acacia leaves due to the thorns (which giraffe’s thick tongues don’t mind). But also no one grazes where the giraffe can reach. Combined with the great eye sight, the high line of vision and the strong limbs that can split a skull, giraffes are in a pretty good survival position.