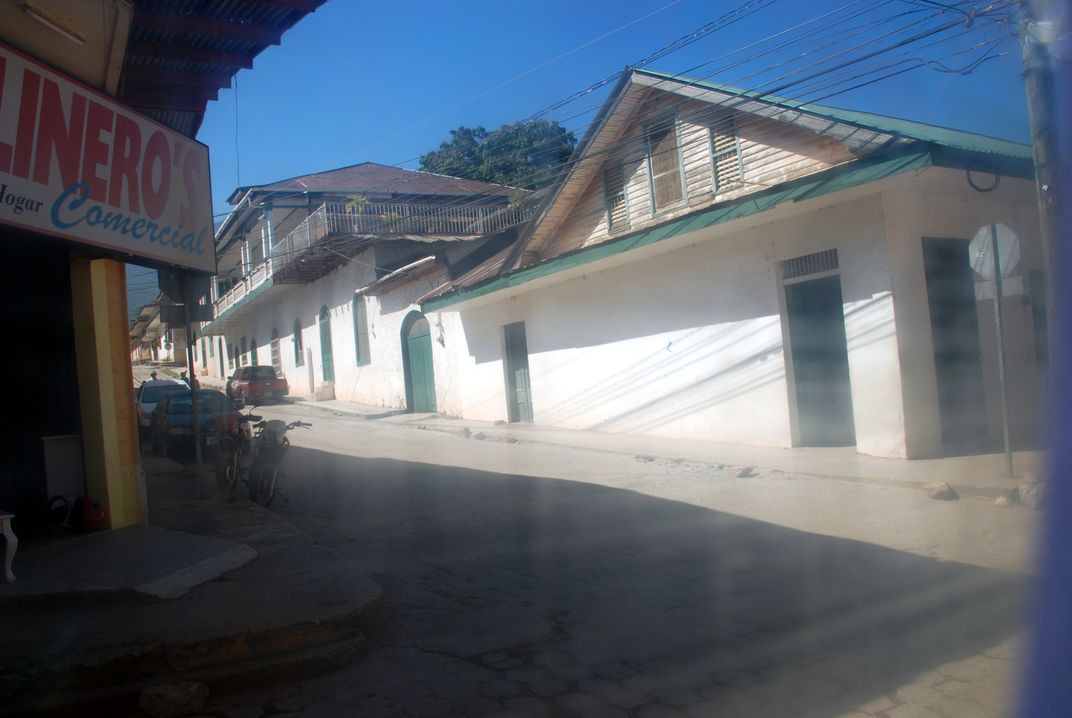 The first United States of America Consulate in Honduras, located in the town of Trujillo. The author O. Henry spent about a year in Honduras and most of that time in Trujillo which is said to be the setting for his book Of Cabbages and Kings . In the book he extolls the sea breezes that cool the second story balcony of the consulate where he enjoys conversation and wine with the consul. In the early days Trujillo was often invaded by pirates and eventually the capitol and the consulate were moved inland where it was easier to defend them against raids. This view is from the Ceiba Trujillo Bus.