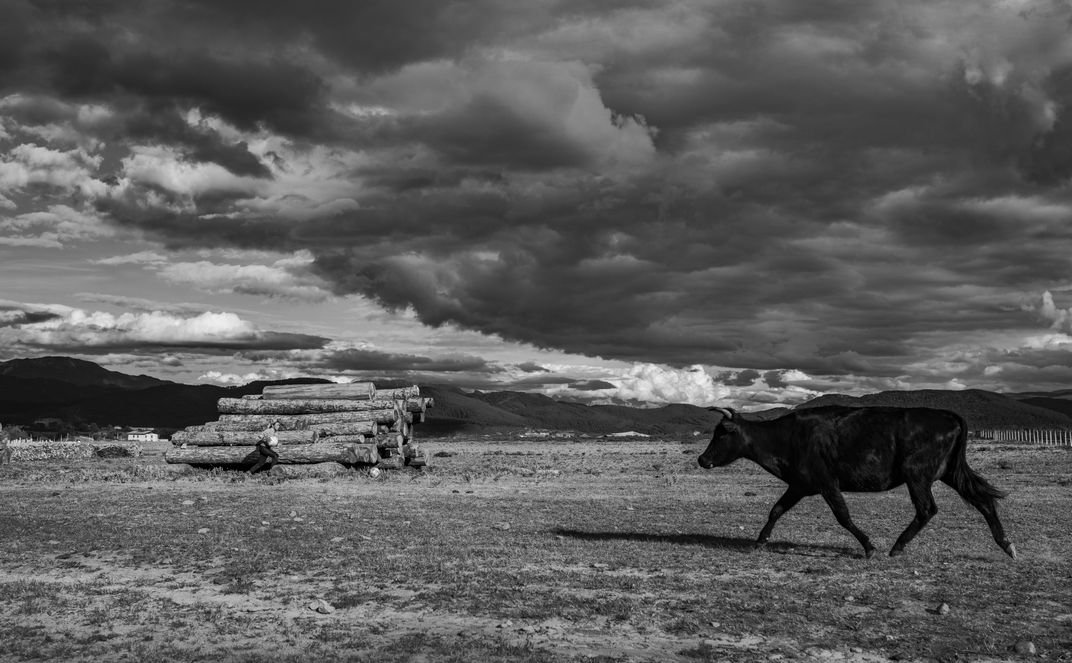 On June 29, 2019, go to Shangri La, Yunnan Province, China, and bypass the village of ayanggu in Xiaozhongdian. I've been here before. It's a beautiful small village. There are red and intoxicating wolf poison flowers around the Tibetan house When I arrived at ayanggu ranch, it was nearly dusk. I saw two Tibetan boys playing football on the wide meadow from afar. In order not to disturb them, I stopped my car and slowly approached them. The two children are excited to show their skills when they see a stranger approaching and not affected. Sometimes they cross the ball, sometimes they shoot angrily. They play like a model. The yaks who eat grass all around are scared