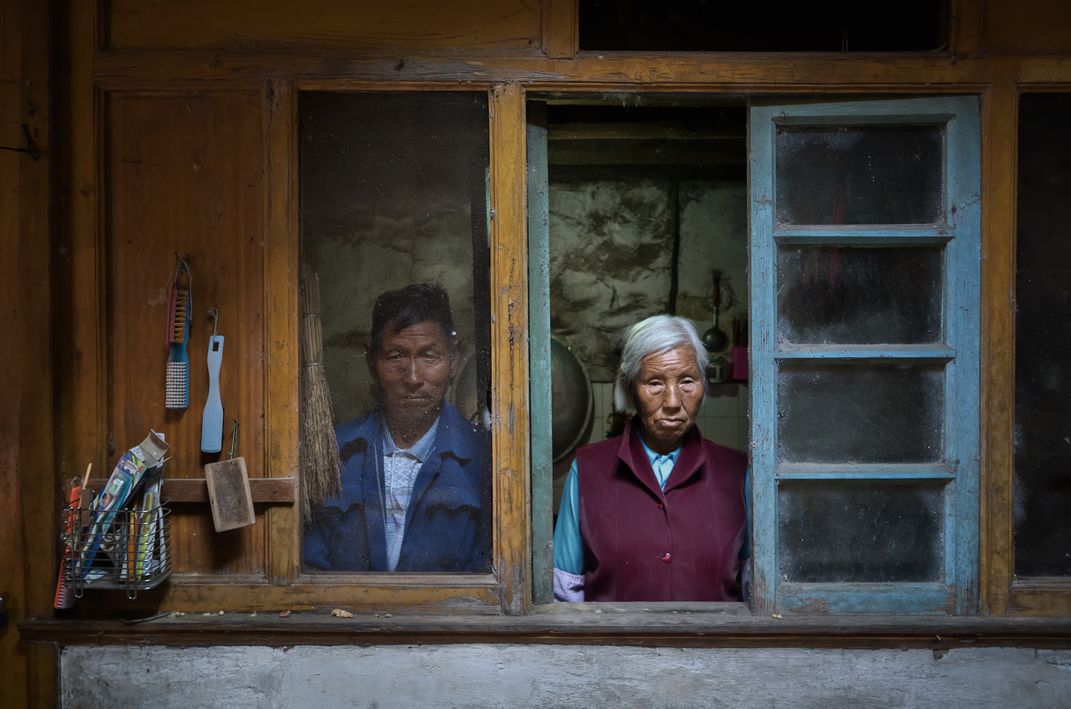 Edited photographer caption: The exponential rise of China's economy alters its demography. Young Chinese are migrating from rural areas to major cities, leaving behind an aging population that lived through China's one child policy. This couple, Mr. and Mrs. Yao, are part of the aging population left behind by the country's focus on its economy. This image is part of my series on the forgotten population of contemporary China. The travel to rural China will give one an inside look at a part of China that is slowly being replaced by modernization policies. Rural China should be sustained in tandem with its economic expansion, an important part of its history.