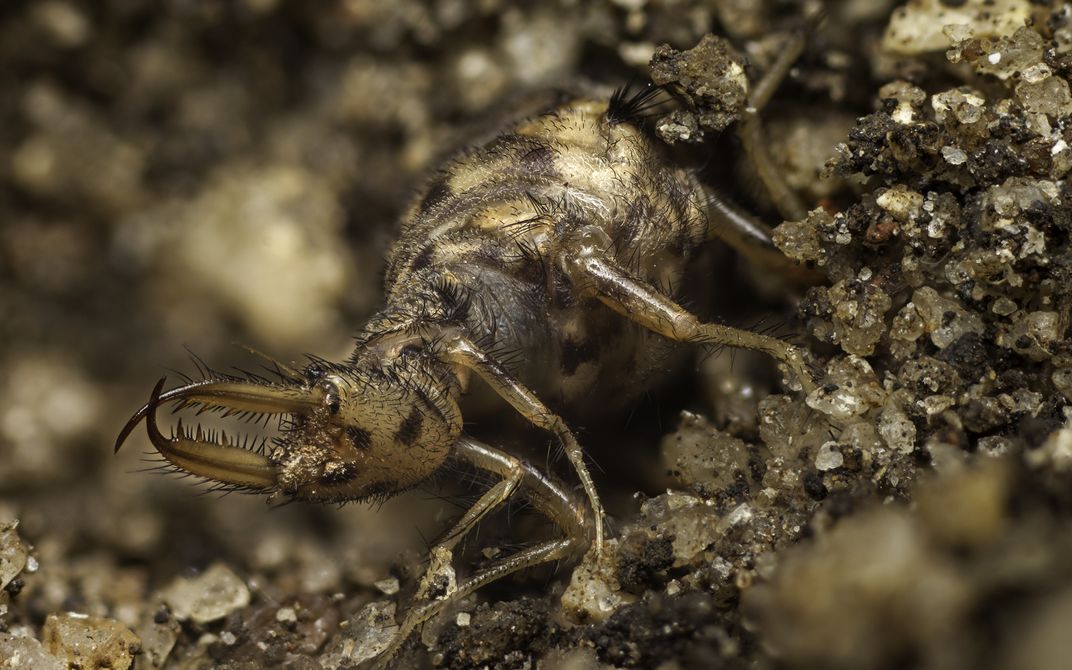 So, you’re going to face it? This is an antlion’s larvae. Despite of its name, it is not an ant neither a lion. It is, actually, an insect which belongs to the order Neuroptera, a far relative of beetles. The antlions have four distinct life cycle stages: egg, larvae, pupe and adult. The animal of the photo is a larvae of Myrmeleontidae family, who buries itself on the botton of a conical funnel made in the sand. This funnel is a trap to ants and other little unsuspected insects, which fall in the hole and are immediately perceived and caught by the patient predator. The antlions have huge jaws to capture their preys, and are formidable furtive hunters. The next time you see little funnels on the sand of your garden, take a look anda maybe you can see an amazing predator in action!