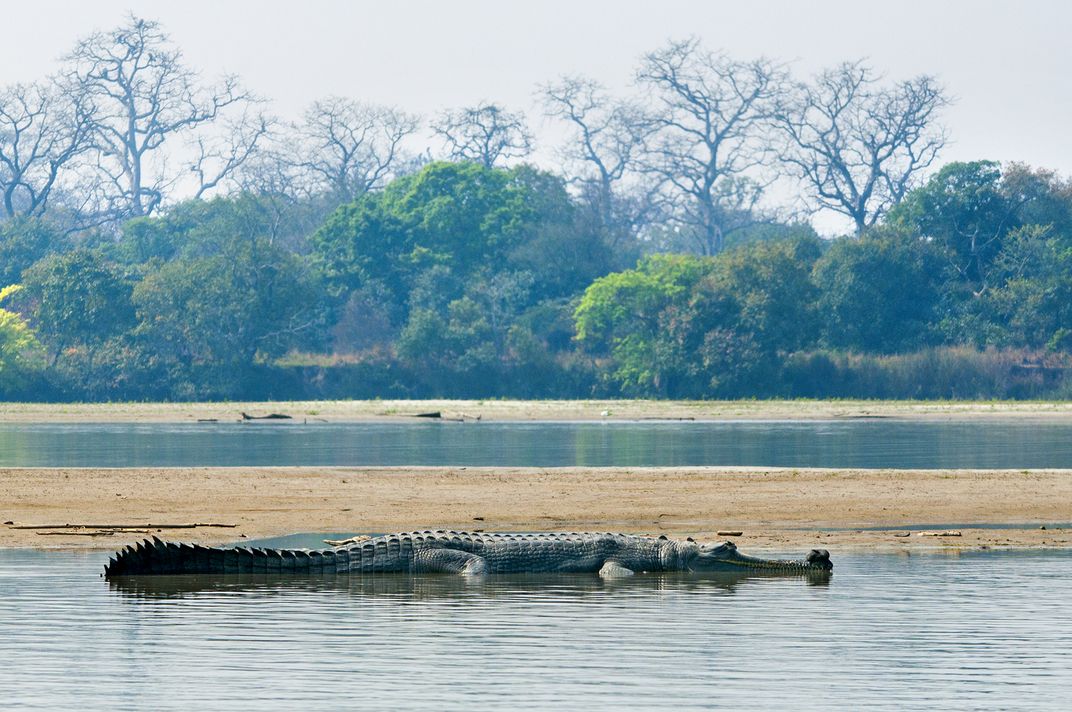 This photograph of gharial with beautiful surroundings (habitat) was taken in Girva River in Katerniaghat Wildlife Sanctuary, U.P. The gharial (Gavialis gangeticus), also known as the gavial, and the fish-eating crocodile, is a crocodilian of the family Gavialidae, native to the northern part of the Indian Subcontinent. As the population has declined drastically in the past 70 years, the gharial is listed as Critically Endangered on the IUCN Red List. The global gharial population is estimated at fewer than 235 individuals, which are threatened by loss of riverine habitat, depletion of fish resources, and entanglement in fishing nets.