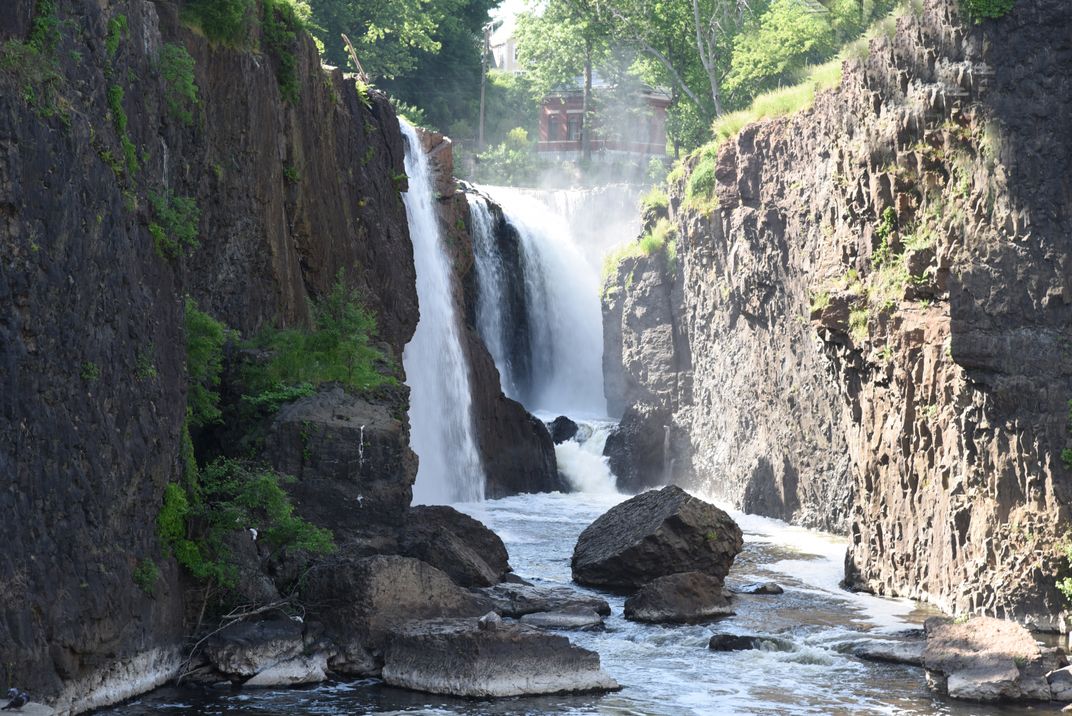 This falls was the power source for early Paterson industries such as silk, the colt 45, Locomotive Engines, and other manufacturing. This falls is a reminder of our early history and the powerful natural resource that helped develop this country. In 1778, Alexander Hamilton visited the falls and was impressed by its potential for industry. Later when Hamilton was the nation's Secretary of Treasury, he selected the site of the nation's first planned industrial city, which he called a "national manufactory." In 1791, Hamilton helped found the Society for the Establishment of Useful Manufactures (S.U.M.), state-chartered private corporation to fulfill this vision. The town of Paterson was founded by the society and named after New Jersey Governor William Paterson in appreciation of his efforts to promote the society.