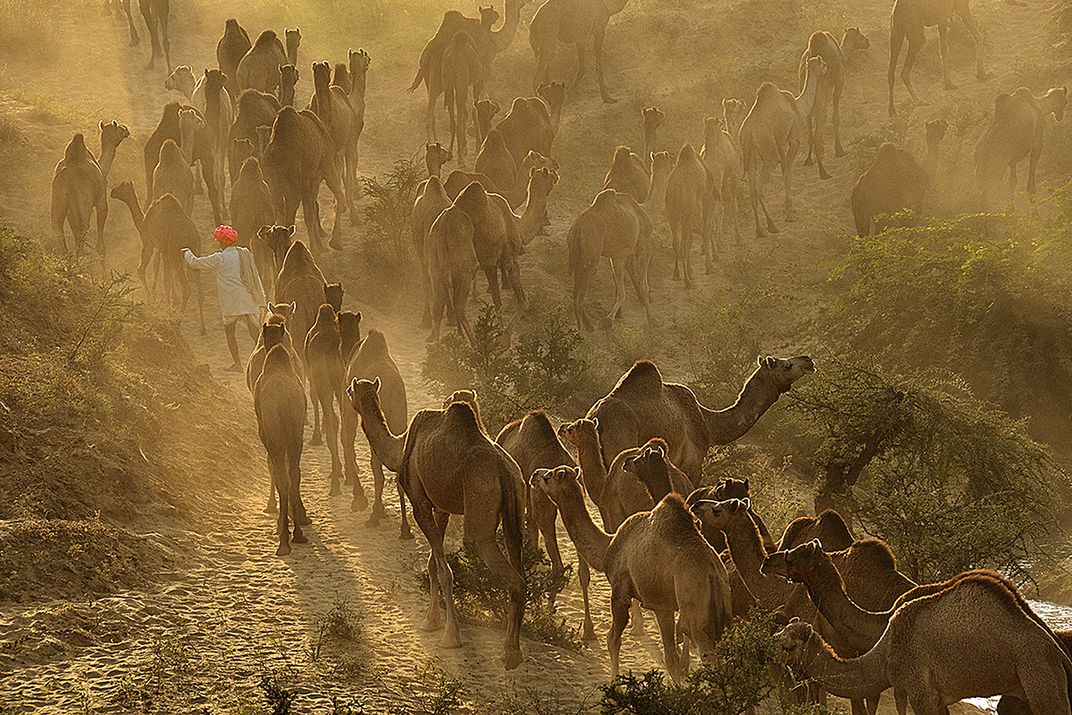 Shot taken from Pushkar Camel Fair, Rajasthan. Camels are lifeline of the dry land ecosystem and considered as fairly constant resource for income generation among rural population of the Rajasthan, especially Raika community people in Rajasthan mostly rear camels. The Raikas, which is also known as “Rabaris”. Raika take pride in fact that for them camel breeding is not just business but their Cultural heritage. Traditionally, the relationship between the Raika and their camel has been shaped by certain customs and beliefs, which are still followed by them even in fast changing scenario of societies. The shot depicts that herds of camel are taken back by their master once the festival is over.