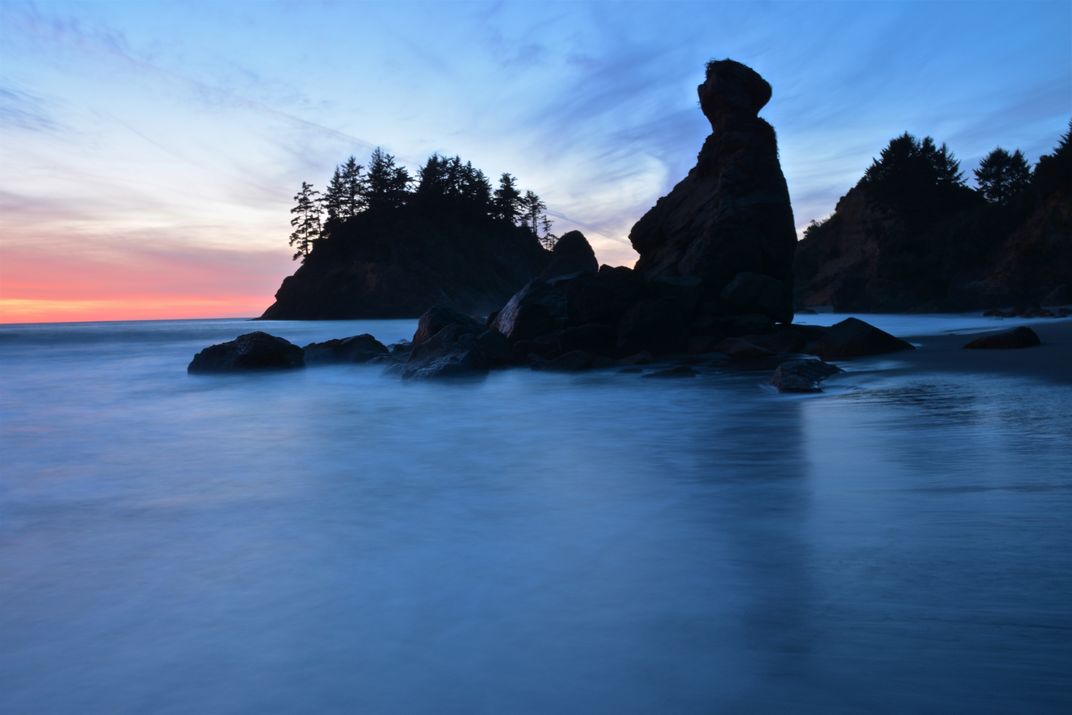 A pristine and fragile beach unlike any other beaches I ever seen. A natural volcanic rock in a form of a human figure facing west, surrounded by sea stacks and amazing landscape. This pristine segment of the California's Coast became part of the newly established California Coastal National Monument created on January 11, 2000. The goal is to protect the offshore rocks’ significant,ecological values, and marine wildlife. When I got to this scene it was very late during the last light at dusk.