Home The American Experience The Hawaiian Youth for Mauna Kea 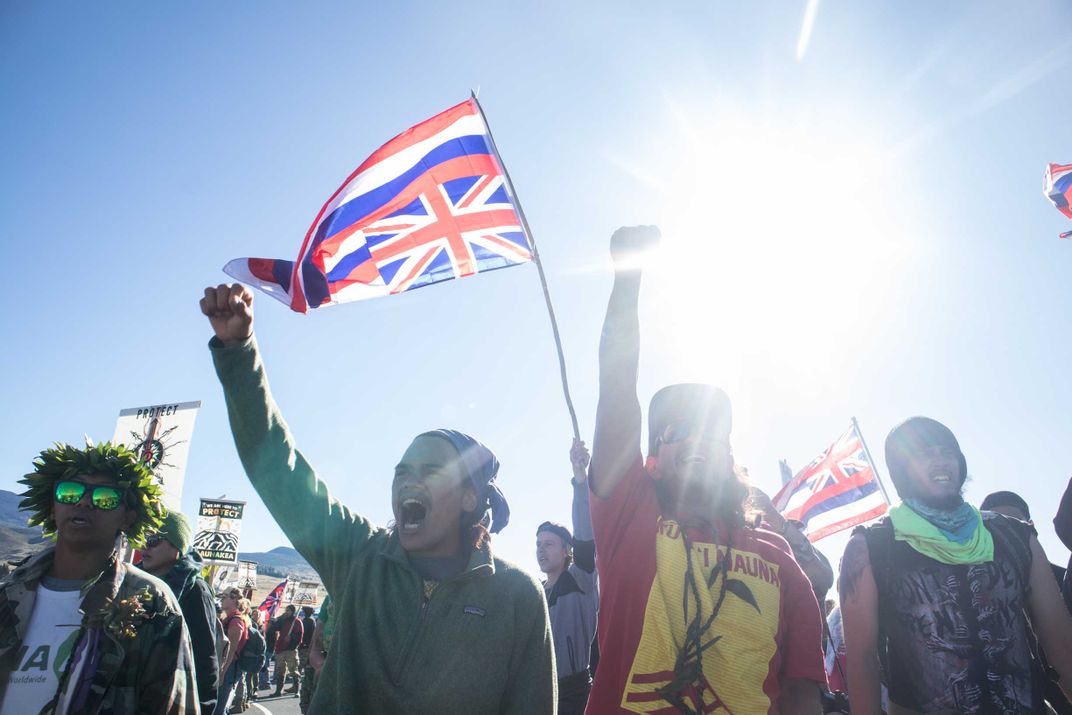 Native Hawaiian activists and protesters gathered at the entrance of Mauna Kea Access Road to block construction crews from transporting heavy equipment to the summit of Maunakea for construction of the Thirty Meter Telescope on July 15. Hawaii has been a part of the USA for over a long period of time but it being a thousand miles apart from the main continent, is treated as an isolated state. It has its own heritage and culture. The people over live for their ohana (family) and nurture their bond to stay cohesive for each other. Hawaiian lands are the home to their ancestors and gods and the world's tallest volcano Mauna Kea is not an exception as well. It serves as a sacred home for the Hawaiian gods. The state government of Hawaii has declared the construction fo the Thirty Meter Telescope on the summit of Mauna Kea and thousand of protestors broke out to defend their native land against the law force.