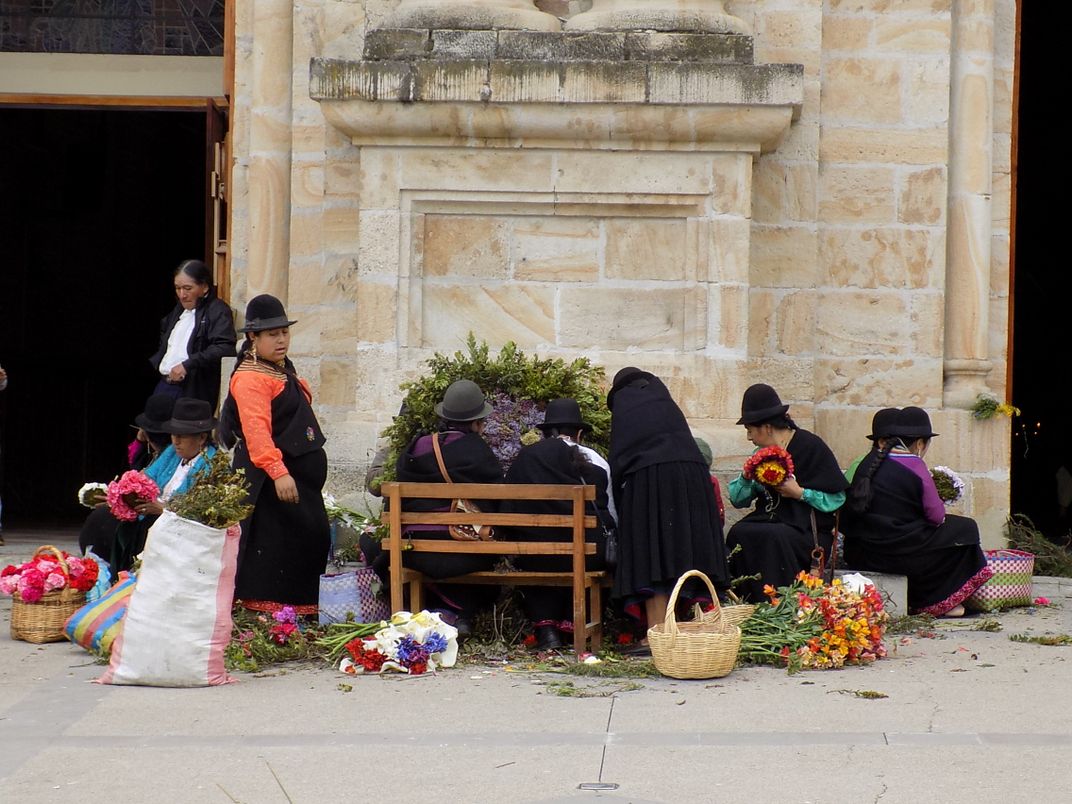 Women from the Saraguro People on the south of Ecuador prepare floral bouquets for the Catholic Church on Sundays. In reality, there is a lot of resistance hidden there. The bouquets were originally in shapes that concealed a lot of symbolism of the Andean Cosmovision. Some figures represent cosmological concepts and principles of astronomical orientation, the agricultural calendar, rituals and festivities that were proper to the indigenous beliefs, not catholic. Women found ways to preserve this ancestral knowledge through the bouquets.