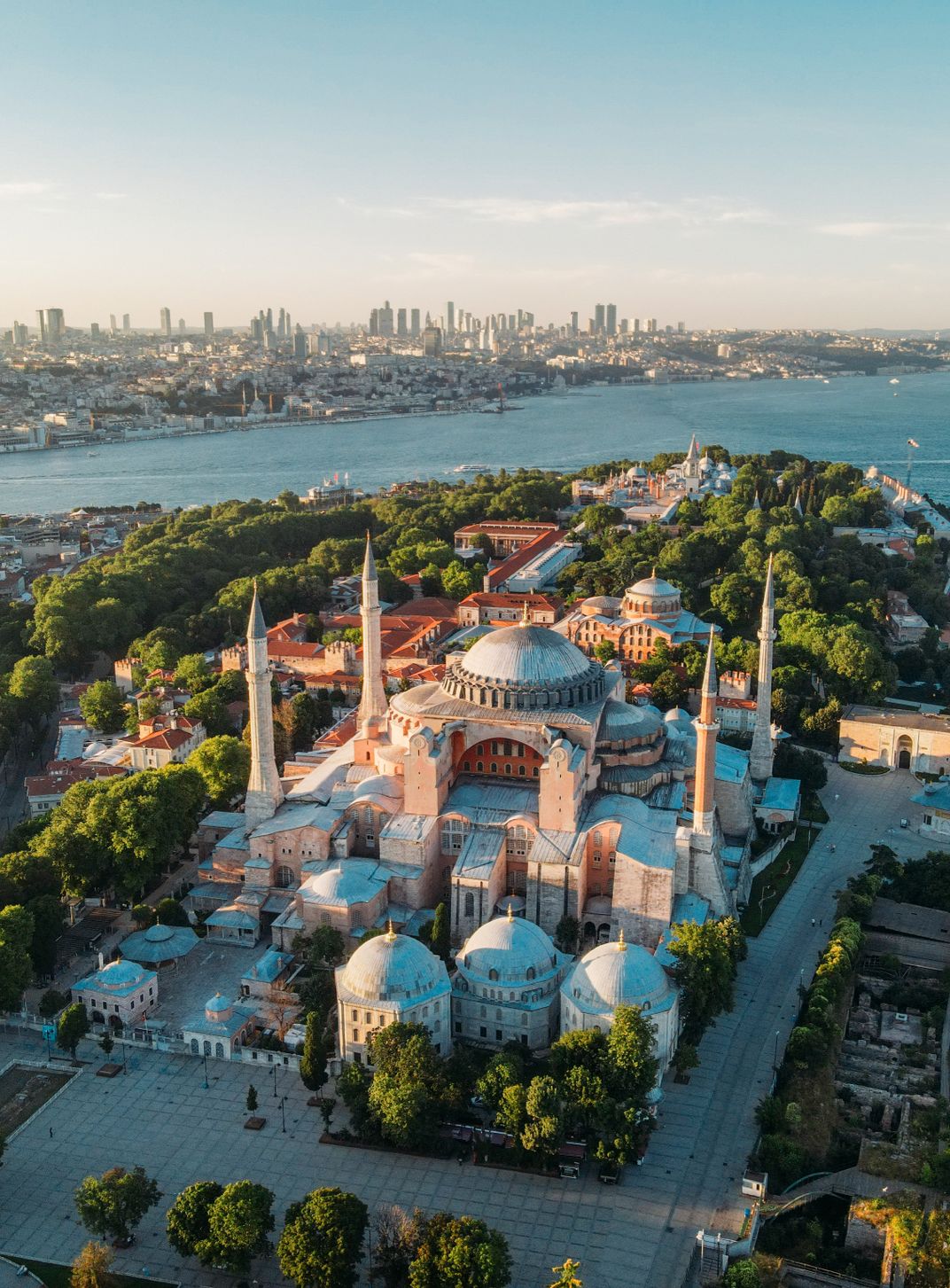 Hagia Sophia, officially the Holy Hagia Sophia Grand Mosque, and formerly the Church of Hagia Sophia, is a Late Antique place of worship in Istanbul, designed by the Greek geometers Isidore of Miletus and Anthemius of Tralles. Built in 537 as the patriarchal cathedral of the imperial capital of Constantinople, it was the largest Christian church of the eastern Roman Empire and the Eastern Orthodox Church, except during the Latin Empire from 1204 to 1261, when it became the city's Latin Catholic cathedral. In 1453, after the Fall of Constantinople to the Ottoman Empire, it was converted into a mosque. In 1935, the secular Turkish Republic established it as a museum. In 2020, it re-opened as a mosque.