Home Drone/Aerial The Horse And The Crow 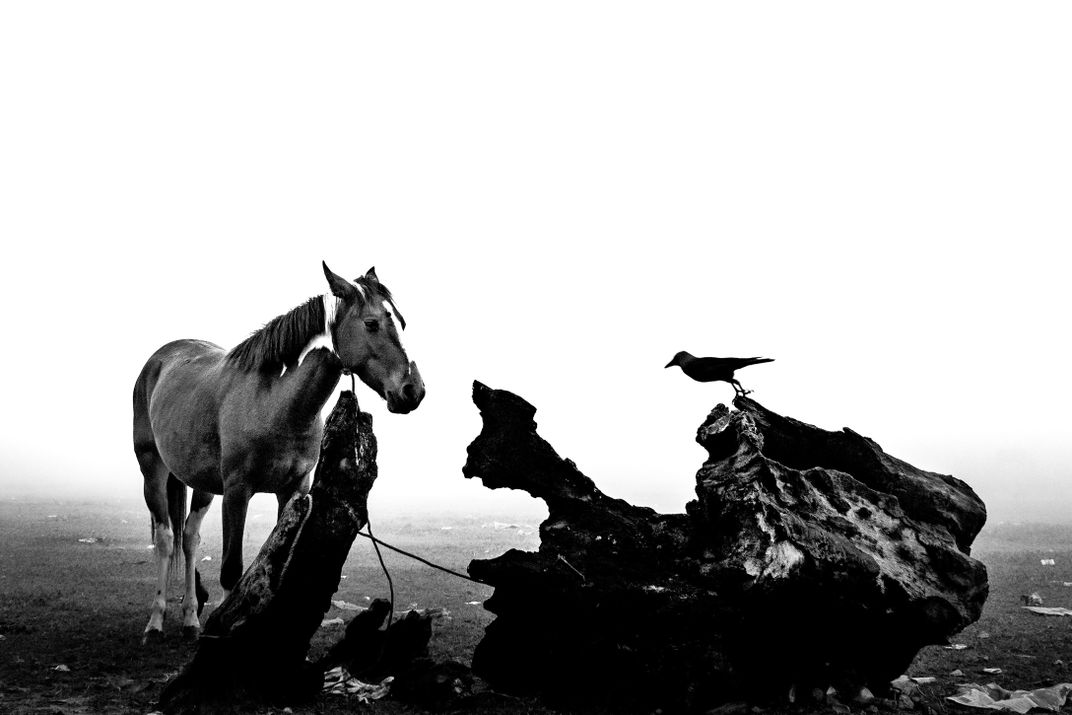 On a winter morning around 6 to 7 AM, I went for a walk in the Maidan area in Kolkata, India a vast open field in the heart of the city. A dense fog, common for that time of the year, was there on the green field. Thick as soup, There were many stray horses that gaze in that area, this is where I tried to capture some warm moments and interaction between a horse and a crow, I felt that the Horse and the crow were coexisting in that ambiance. Both the species were the victim of the air pollution due to which a thick layer of smog was blanketing the city, reducing visibility and raising health issues around the city. The dark and foggy ambiance, the decisive moment and the stillness of life was the main thing that insists me to take the shot.