Home People The hunter and the eagle 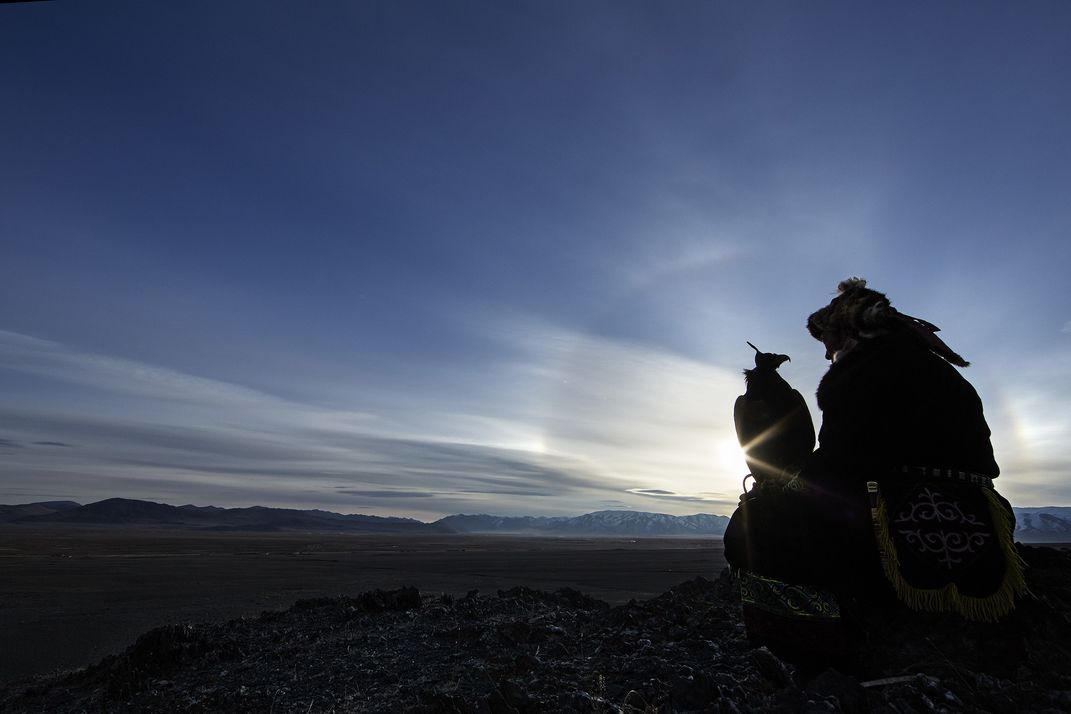 The use of the Golden Eagle was of great importance in the nomadic culture. Hunting with the Golden Eagle created a strong bond between man, the environment and the supernatural powers. The philosophical idea of hunting reflected nomad’s view of the world as a balance between the good and the evil. The raptor was considered a powerful spiritual symbol which was considered an element of cult and worship. Hunters and Golden Eagle were treated with respect and distinction as well as praised with song and dance.