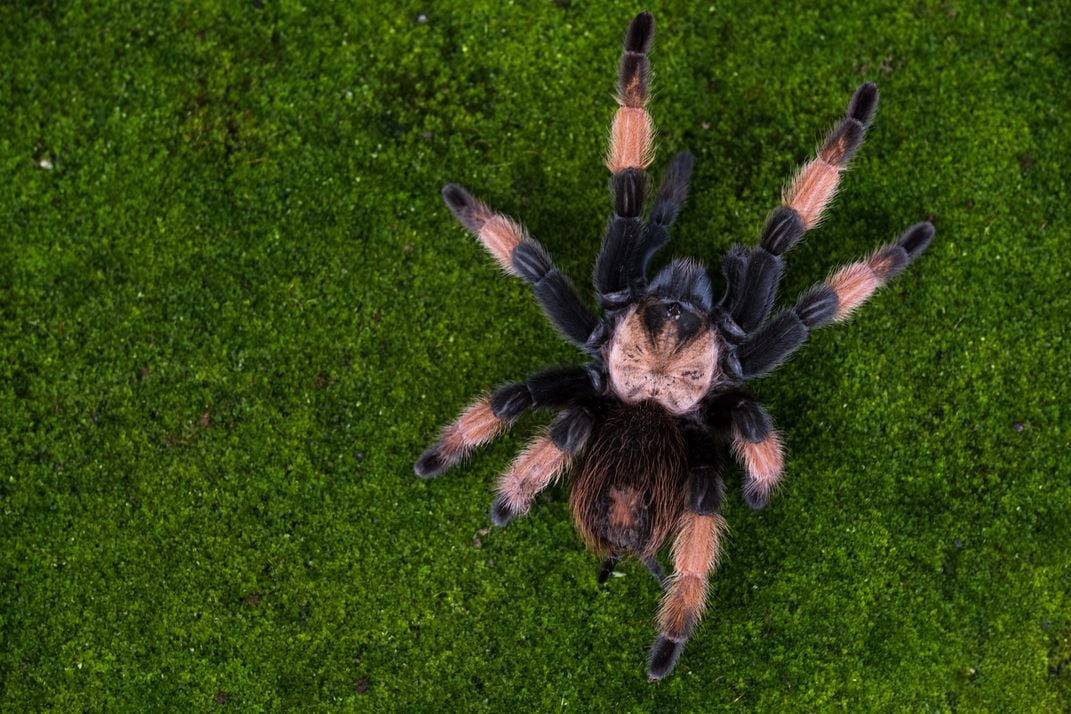 Portrait of Brachypelma Emilia. The Mexican redleg or red-legged tarantula (Brachypelma emilia) is a species of terrestrial tarantula closely related to the famous Mexican redknee tarantula found in the state of Guerrero. The Mexican redleg is a mostly docile species, perhaps more so even than the redknee. That, coupled with its coloration, and impressive size, makes it a very popular pet species. As such it is considered to be threatened by capture for sale to the pet trade. It is slow growing and, like many tarantulas, females can live for decades. Pinar de la Venta, Jalisco. Mexico. October 17, 2018. Little studied, these spiders are the object of a booming illicit trade as pets and display pieces. Scientists report a significant amount of illegal activity involving tarantulas, believed to be fueled largely by hobbyists willing to pay hundreds of dollars apiece for pet spiders. The illegal tarantula trade is a little-known corner of the black market in wildlife, a multibillion-dollar industry that’s harming animal populations around the globe. To keep up with demand, some traders hire local people to hunt tarantulas in the wild. The spiders are smuggled out, then sold to breeders or collectors looking for the newest, most colorful, or otherwise most distinctive creature. Tarantulas are especially vulnerable to poaching because they’re long-lived (some reach 30 years old), and females reproduce late and infrequently.