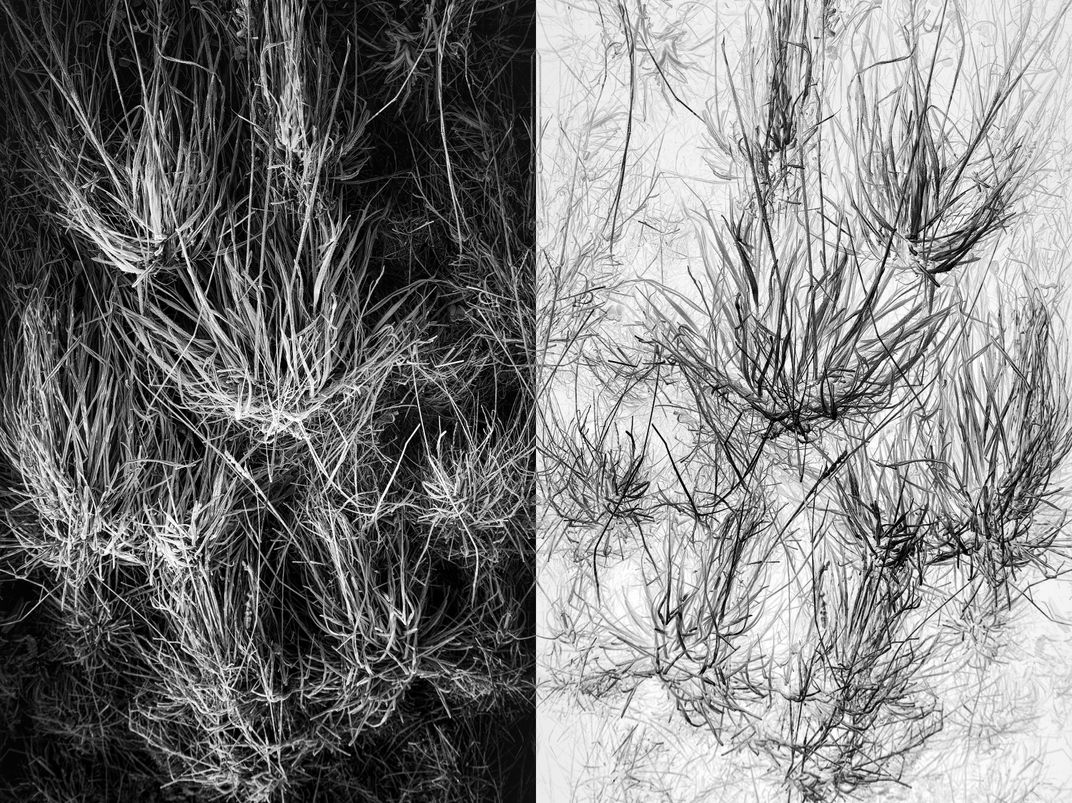 The photographs present abstract coastal landscapes, which I captured in different regions of the world.  The variation of the flora's shapes, which appeared in front of my camera, became an inspiration to explore human relationships and identity. By creating these diptychs, which are the combination of positive and negative of the same capture, I wanted to emphasise potential opposite elements of the same subject. For me, it also symbolises the duality of human character with its complex nature which constitutes our psychological portrait which is woven from different experiences and emotions such as depression, anxiety, happiness, joy or calm.