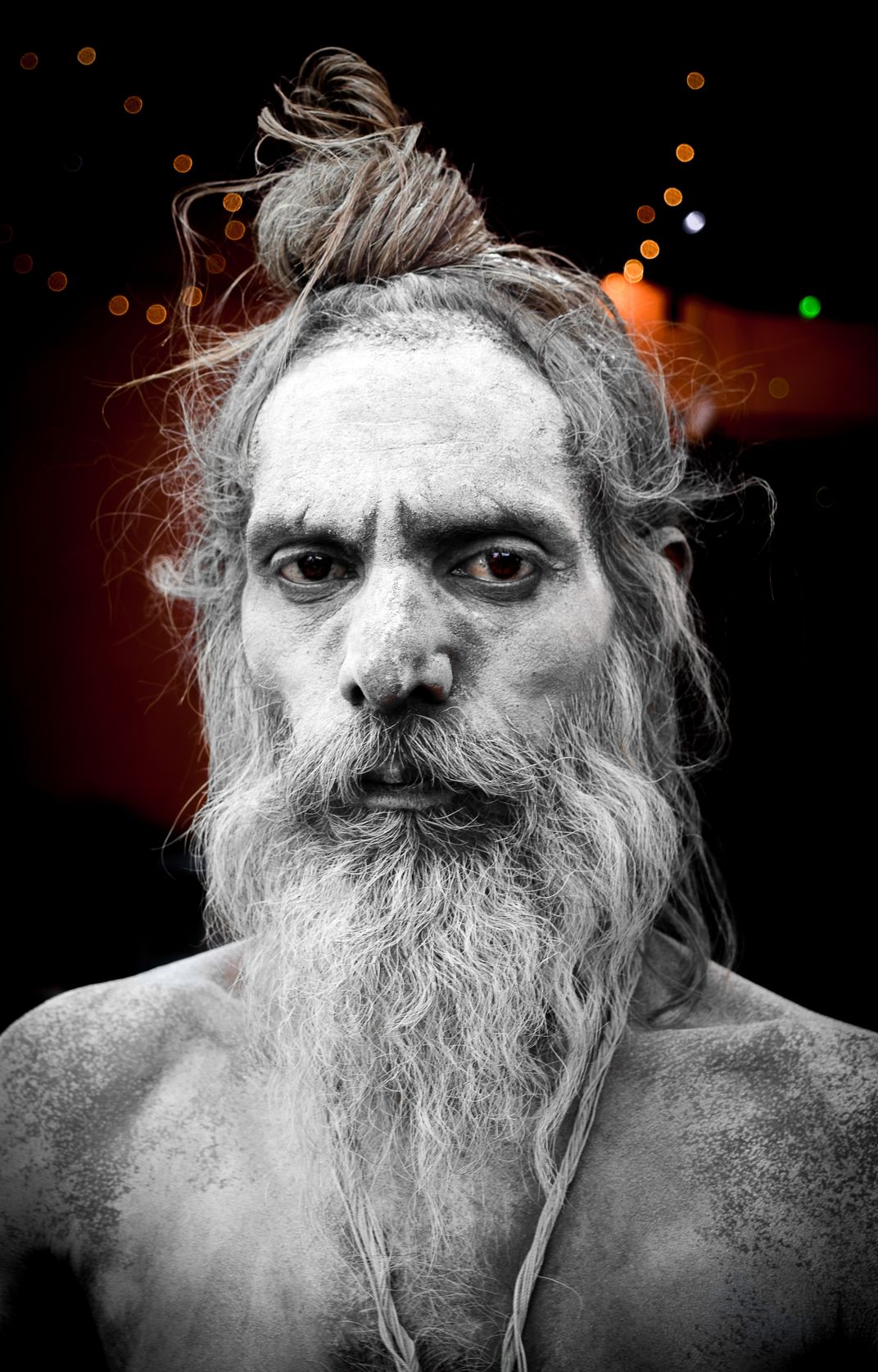 The Portrait of Naga Sahu taken at the Simhastha Kumbh Mela, Ujjain (May 2016) which is the largest gathering of humans on the planet held after every 12 years at 4 different locations. Nagas are the folower of Hindu God whose bodies are smeared in thick ash and they wear heavy coils of matted hair on the head. These saints remain completely naked even during biting cold. They smoke Marijuana through a pipe called a Chillum or Shiv Muli. They use it as a tool to avoid the worldly distraction yet have self-control even in the intoxicated state. But as they advance in spiritual life they renounce intoxication too. The Naga Sadhus renounce the materialistic world and practice celibacy to escape from the cycle of birth and death and to attend salvation.