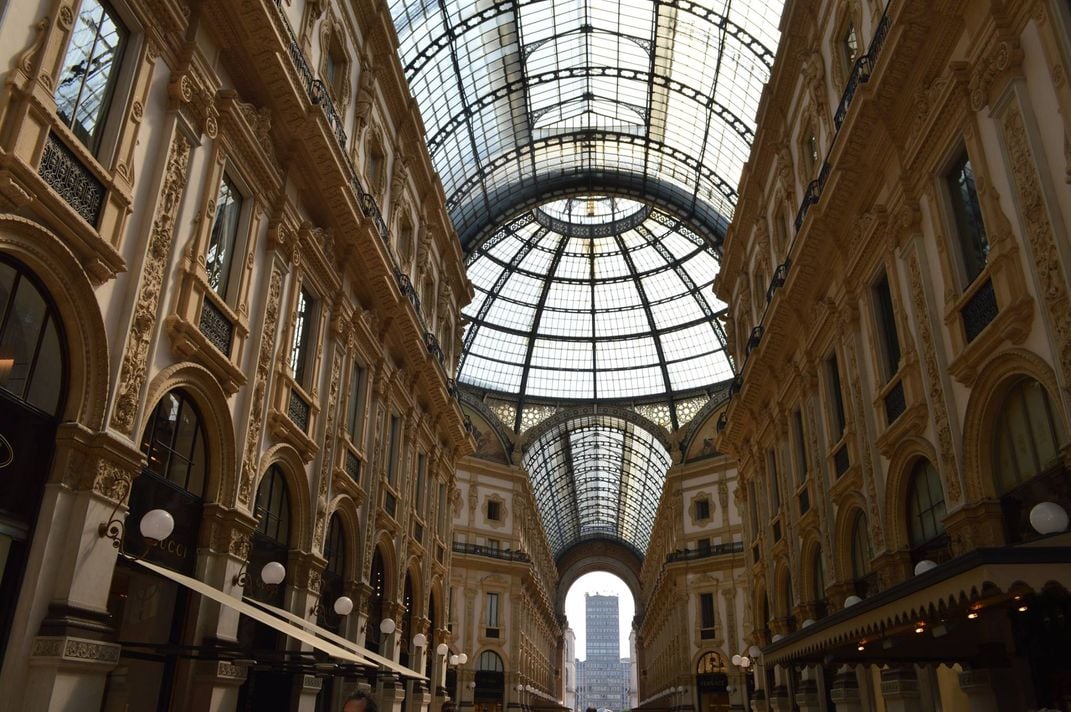 This is an image of a beautiful iron and glass roof in a very upscale shopping mall. The story behind this image is as follows: This is situated in The Galleria Vittorio Emanuele II shopping mall in Milan. It is the world's oldest shopping mall. The Milan gallery and its roof have been acknowledged as an important reference on 19th-century iron-and-glass architecture by Pevsner and Hitchcock. As one can still observe today, the roof consists of four barrel vaults (approximately 14.5 m in width and 8.5 m in height) that are crowned with a huge dome (around 37.5 m as internal diameter and 17.10 m in height). Jorini pointed out the accomplishments of this dome with special regard to the large dimensions. Each of the roof parts is topped with a lantern. At the end of the image I have shown a sky scrapper in the downtown of Milan Italy.