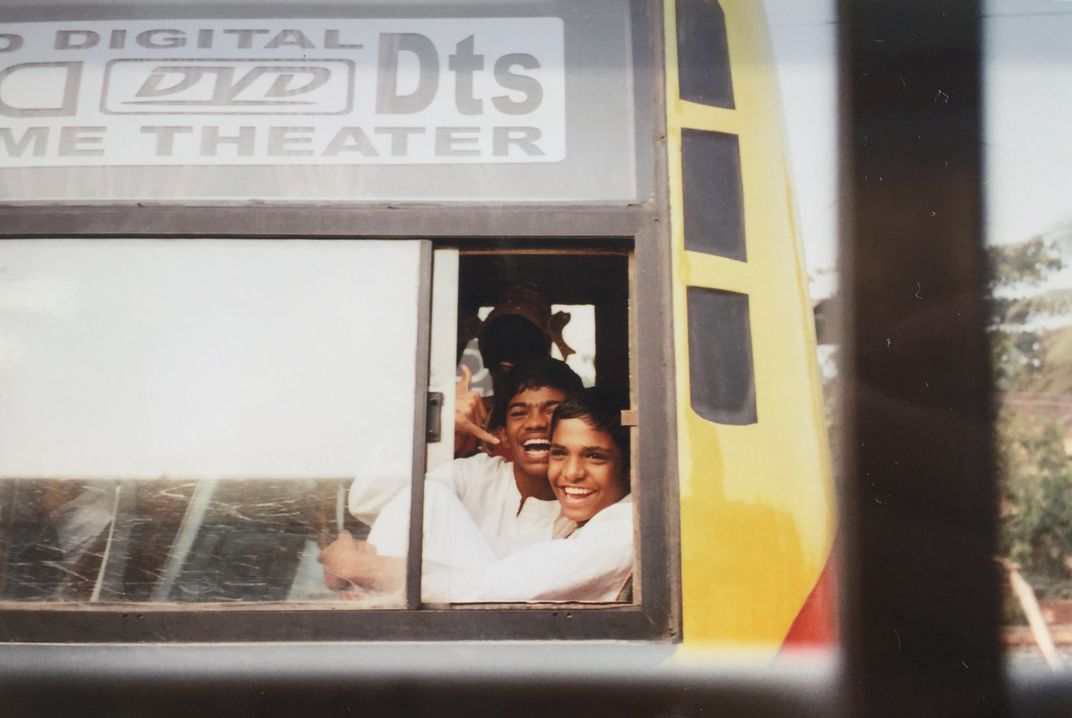 I went to Mumbai in India last year. I took my analog film camera with me. This was during a bus ride in the middle of traffic. I was in another bus and passed this bus of students. I wanted to capture the joy and happiness they showed. However, when I tried to capture the first photo, I was too late. Luckily we passed them again later. The boys knew I was taking a picture. This is a picture of them posing and smiling to me as I was taking a picture. The picture struck me as the boys look so carefree and joyful.