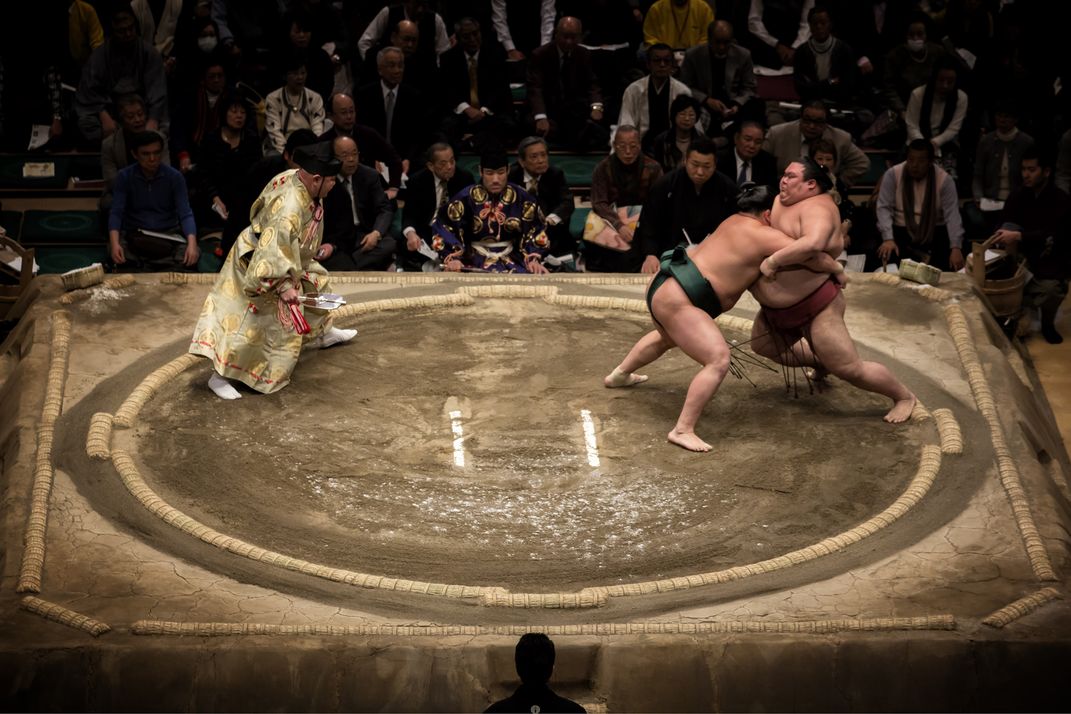 Sumo (Sumo 相撲?) Is a sport jostling between two wrestlers who are obese until one is pushed out of the circle or fall with the body other than the soles of the feet touching the ground inside the circle. Wrestler (Rikishi) need to be big and fat as more heifers a sumo wrestler, the greater the chances to win. Sumo is a sport native Japan and has been contested since centuries ago. In some neighboring countries such as Mongolia Japan and Korea are also traditional wrestling is something like the sumo. Sumo has various ceremonies and unique traditions such as salt spreading throughout the game to repel reinforcements.