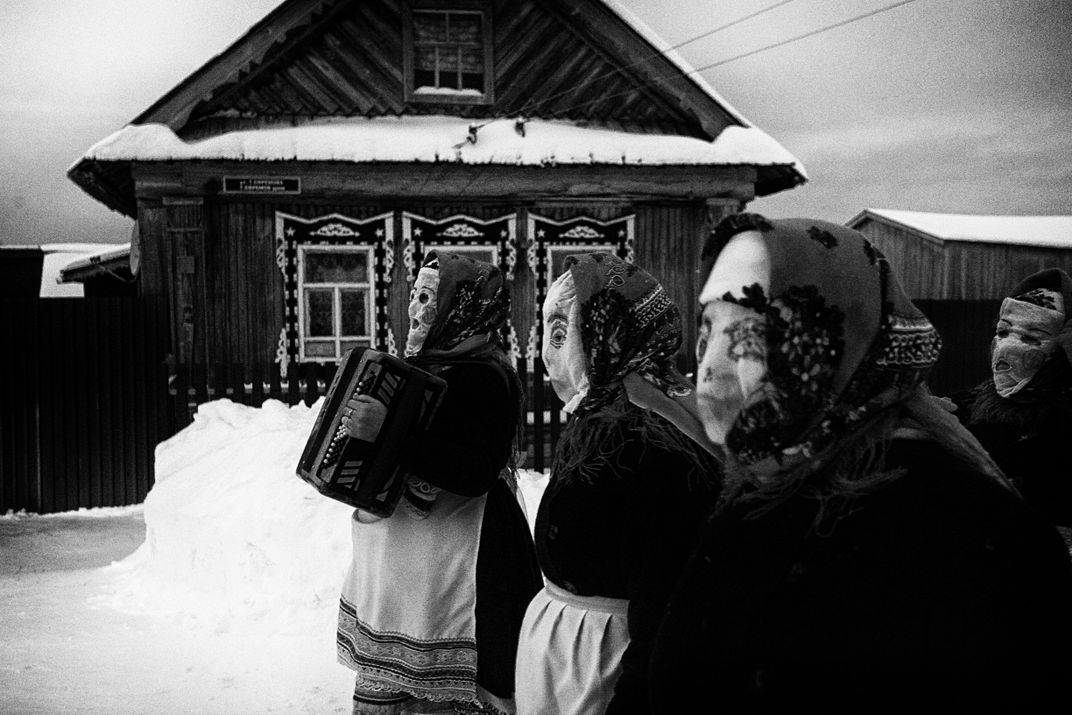 Yuletide in the village of Unche of the Republic of Mari El remained as in the old days-in almost unchanged form. The Mari belong to the Volga branch of the Finno-Ugric peoples, making them distant relatives of the Finns, Estonians and Hungarians.Traditionally, in the days of Shoryk Yol, rites were held, to which people gave a mystical meaning. For example, walking masked mummers hint at overcoming death and rebirth of life-the future transition from winter to spring. Mummers go from house to house, and the owners treat them as best as possible to attract more vital and fertile forces.