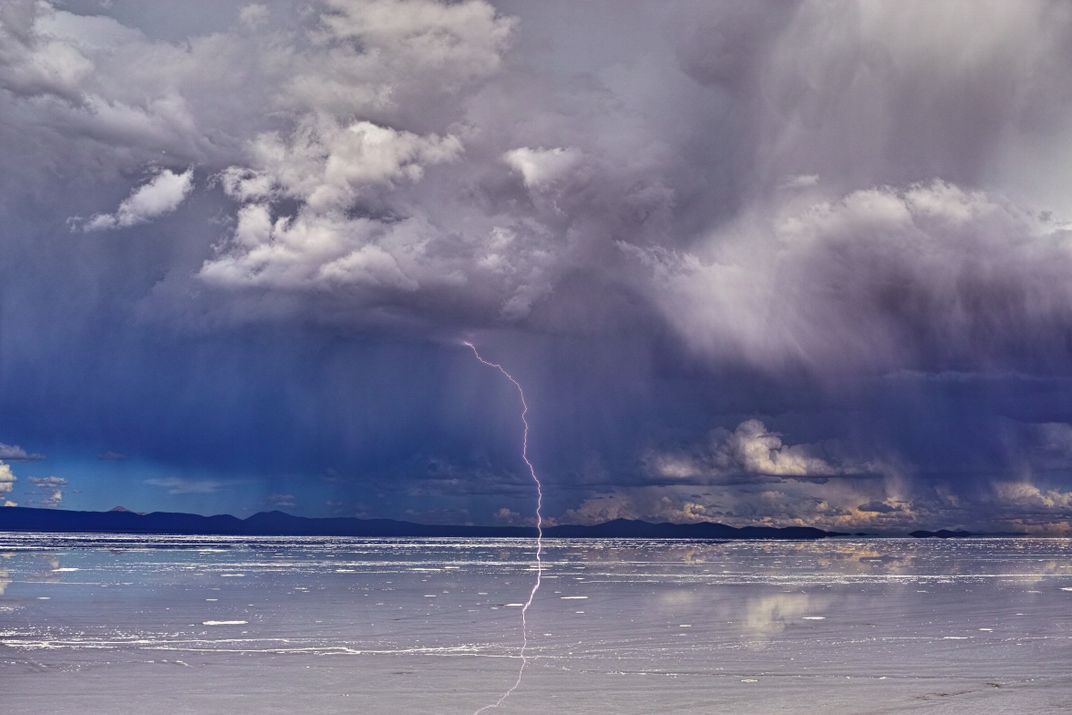 I was a bit tired of seeing typical images of Salar de Uyuni, and doing touristic activities there already. When our driver told us that we were going to go to the final spot, I felt relieved. That place was also a similar scenery to what I had seen until the distant sky became darker. Soon a storm came there, and countless lightning appeared. Behind of me was still fine with the blue sky while I took this picture. I should appreciate this dramatic ending to Salar de Uyuni.