Home People The Lockdown Series: Who killed the dog with a rubber bullet? 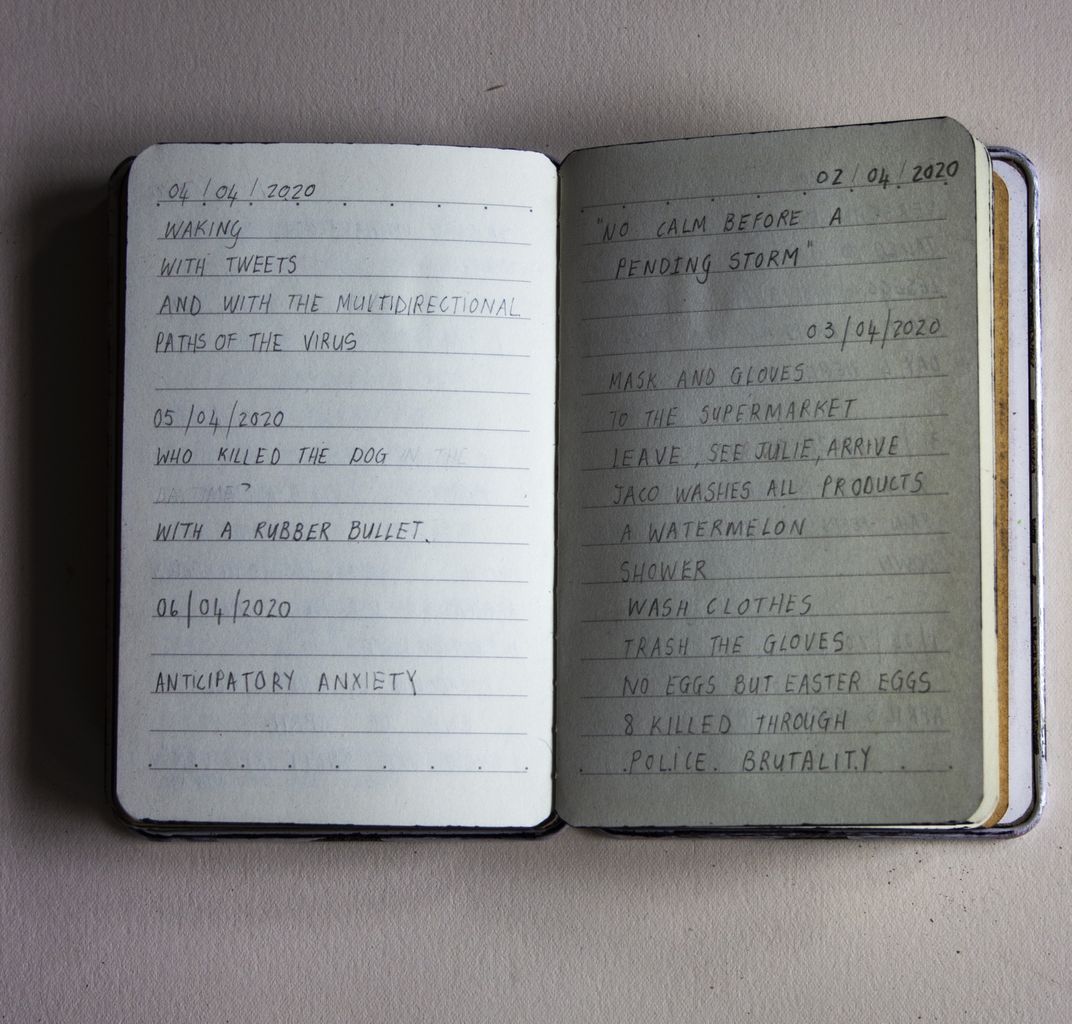 During the strict lockdown, a state of disaster was declared in South Africa which allows the army to take control alongside the police and security companies and thus enforce lockdown measurements on civilians. I held a diary in the early days and documented events taking place in me and my family's life as well as in the outside world. On the 3rd of April 2020, just before Easter, 8 people were killed through police brutality. This was a turning point which foreshadowed what was to come. The diary also notes an inventory of products available in the local supermarket. Local healthy produce was unavailable, leaving locals to buy with such as imported sweets like Easter eggs. On the 5th of April a family dog was killed with a rubber bullet. Children played in the street and the dog was killed in front of the kids by a trigger-happy enforcer.