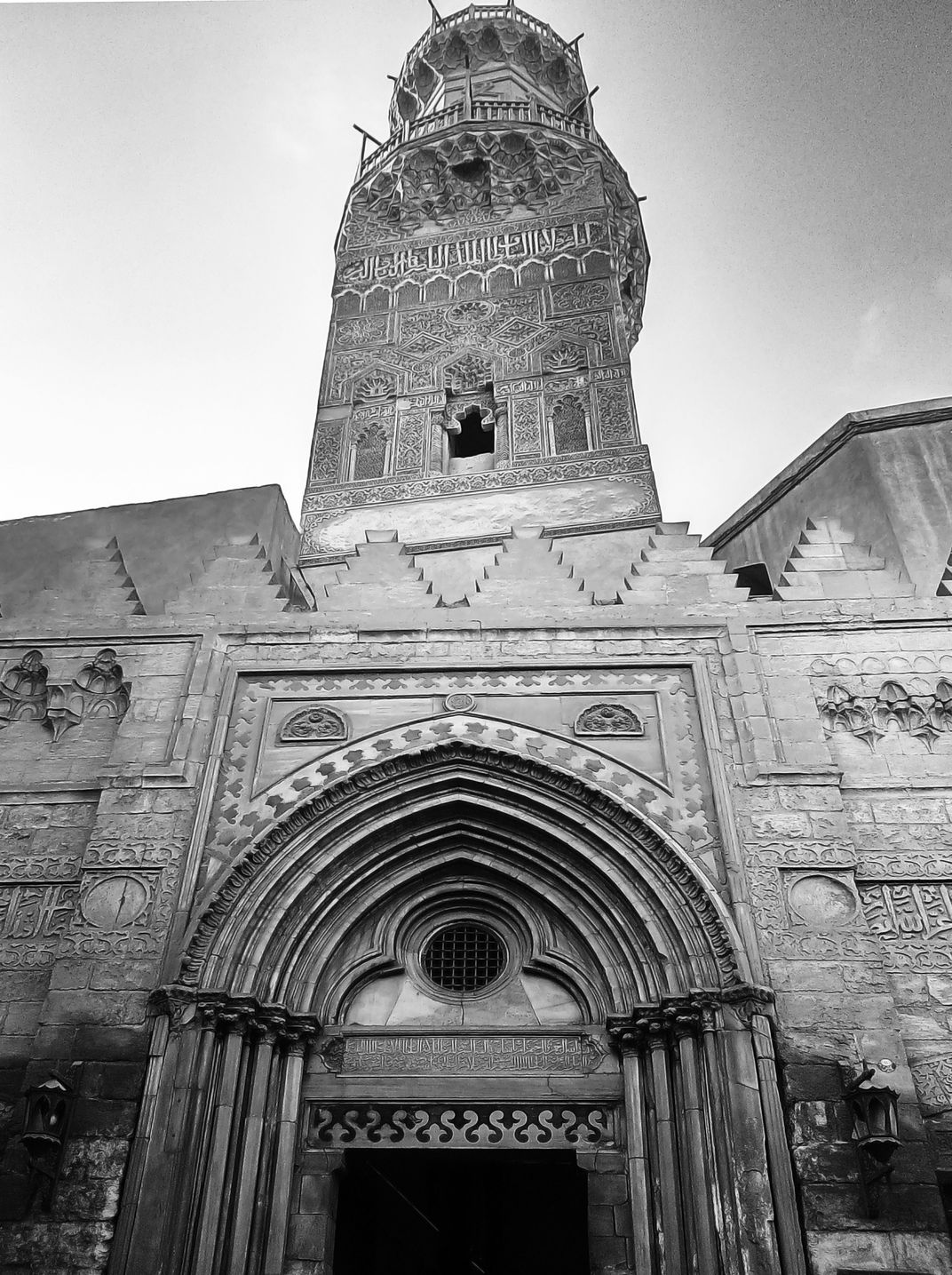 the most unique aspect of it is its Gothic marble portal, acquired from a Christian church in the city of Acre after a victory against the Crusaders in 1291. The portal consists of a pointed arch with a triple recess flanked by three slender columns on each side, at the top of the arch "Allah" has been inscribed. The medieval Islamic Historian Al-Maqrizi praised this portal for its craftsmanship, saying "Its gate is among the most amazing things the sons of Adam have crafted, for it is made from one piece of white marble, marvelous in form and exalted in workmanship".