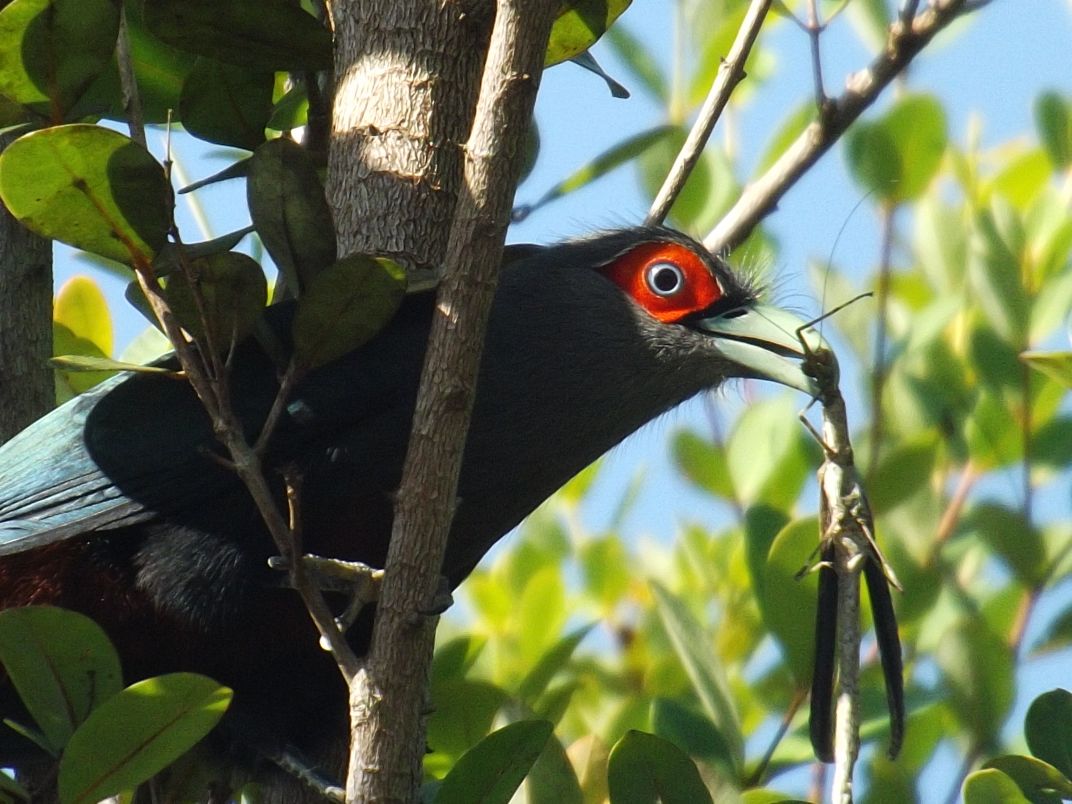 Malkoha are large bird with slender bodies, long tail and short legs. As for family background, Malkohas are in the same group as Cuckoos. For this larger group of birds generally known as Cuckoo. Malkoha recognized by their long tail, a stout slightly decurved bill, and bare skin around the eyes. This is a bird of the hills. Usually found in on the hill slope. It is not a bulky bird considering that this measurement of 38 cm has taken into consideration its long tail of 23 cm. as the name implies, this is a blackish bird but not entirely black. So it is a much darker bird when compared with the Green bill which is a much longer bird but having lots of similarities. The same red orbital eye patch is there but diagnostic would be this red patch is without the white trimming. Depending on sunlight, see the pictures, the bird may not appear black at all. Distribution this is a bird from Sumatra and Borneo Islands