Home People The Martyr and the Wrap White 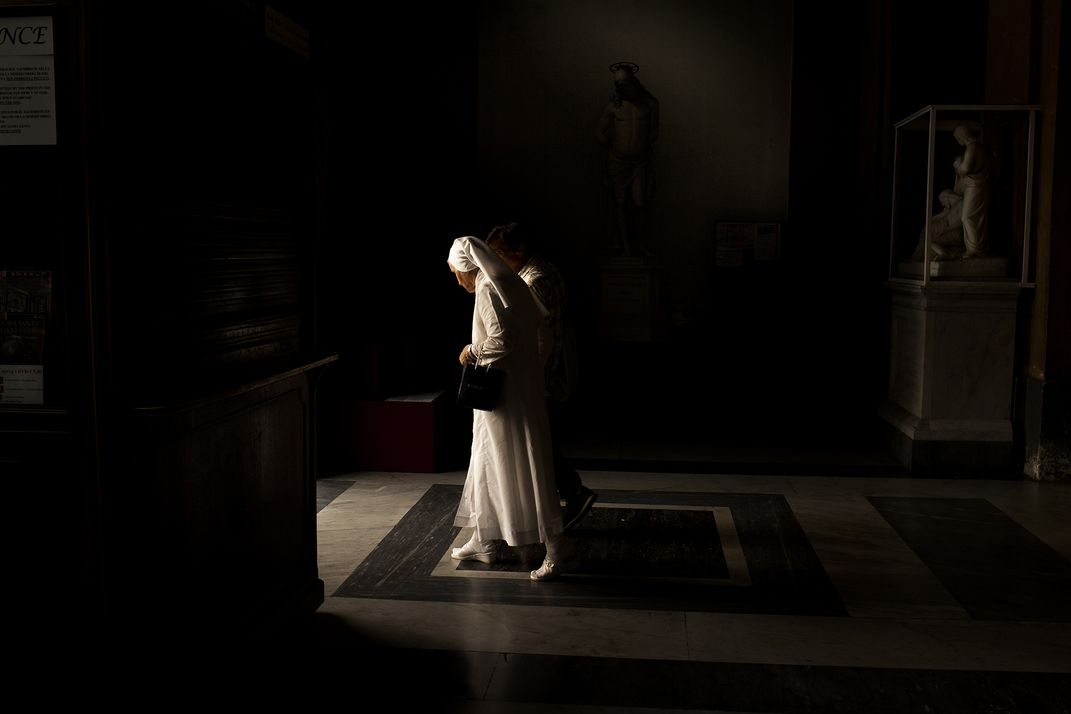 I shot this photo in August 2015 in Rome. My girlfriend and my little son were far from Rome so I had free time for me, for my passion. I decided to have a small tour of some churches in Rome (where I've lived since 2005) because the temperature was too high to spend some time outside under the sun. I took some photos in Basilica di San Giovanni and after that, I went to the Scala Santa which is close to the San Giovanni Basilica. Inside the Scala Santa there is a holy stair (scala) used by pilgrims, who ascend the steps on their knees. Light at that hour (about 6:30 PM) was perfect. I saw this nun going out downstairs towards the light of the sun, and I shot.