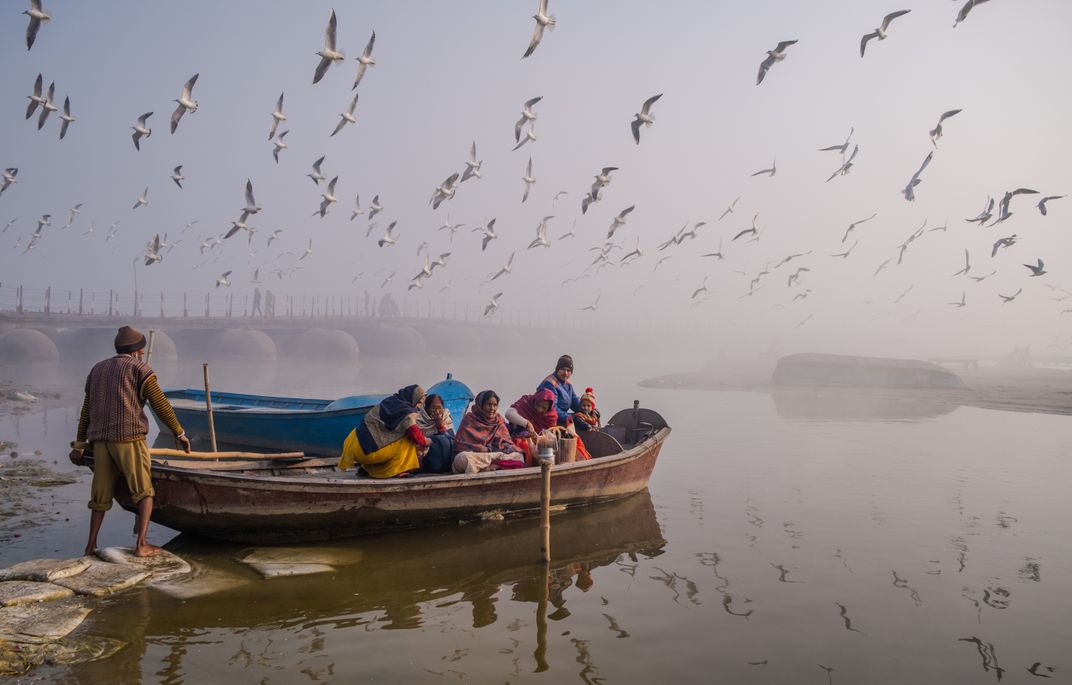 The seagulls migrate to the subcontinent to escape Eurasia’s harsh winters. Their presence from October to March is framed within the ecology of local beliefs. that migrate thousands of kilometers along the Central Asian Flyway, which spans the territory between Eurasia and the Indian Ocean. Some migrations happen on the East-West or Asia-Africa axis as well. The birds soar high on thermal columns in formations that are often visible in clear November skies. The seagulls spread across the subcontinent’s waterbodies.