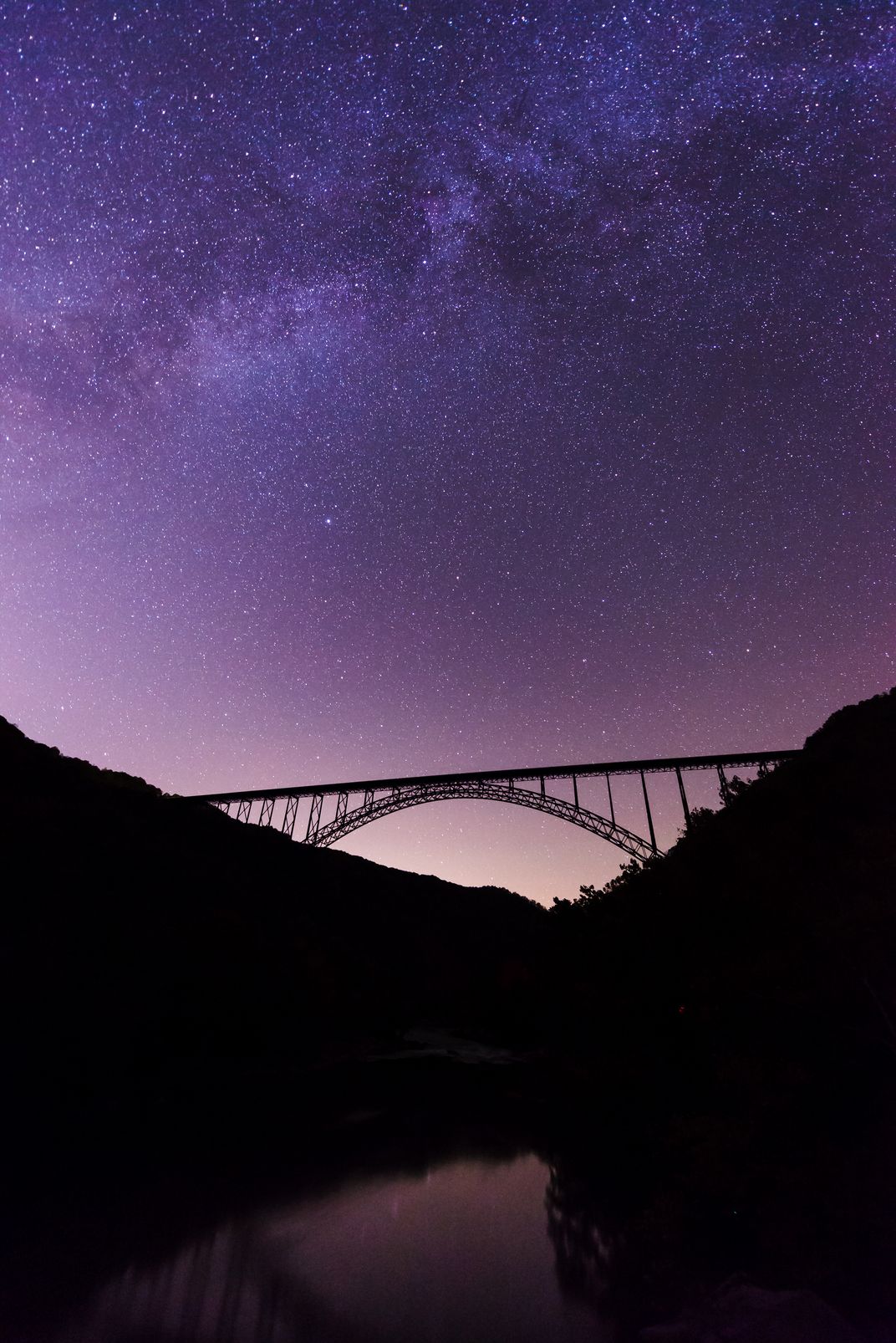 It was funny when I went down to this pitch black area by myself last autumn, there was a lone car parked alongside the road under the bridge. I saw somebody moving in the car and my mind immediately jumped to conclusions about why they were there. For some reason, I thought maybe a security guard or possibly somebody having a beer or doing drugs (I guess I'm naturally suspicious haha). As it turned out, it was another photographer all the way from New Orleans who when approaching me, called out "Man, you scared the hell out of me. Thought at first you were teenagers getting busy or someone trying to rob me." We ended up shooting photos together for an hour, but he had to leave. I tried to persuade him to stay because the Milky Way would eventually rise over the bridge, but he passed. Either way, I was beyond pleased to get this shot.