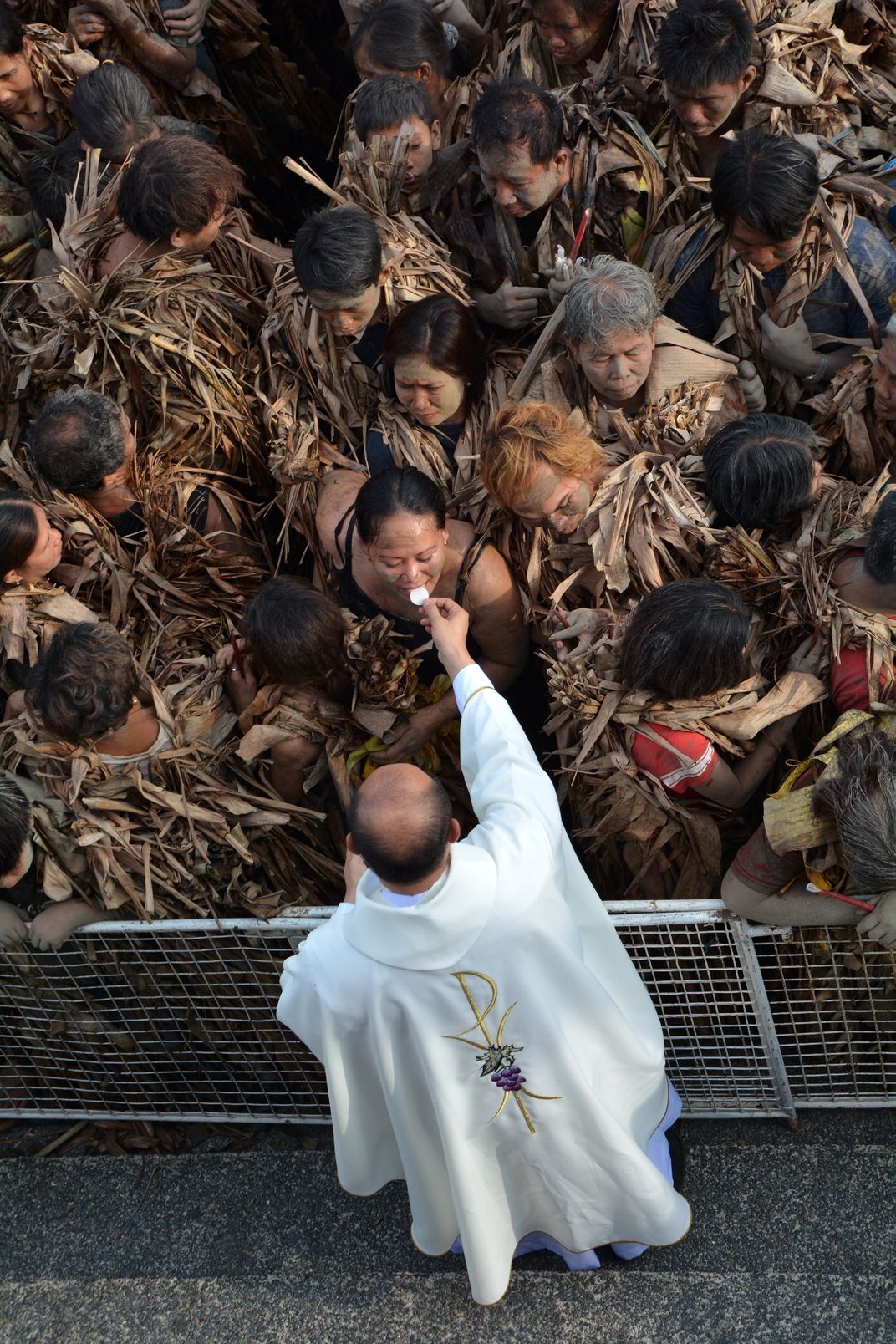 The photo depicts the celebration of Mud People Festival in Aliaga, Nueva Ecija, Philippines on June 24, 2019. Devotees wear dried banana leaves and cover themselves with mud while offering prayer or paying homage to Saint John the Baptist. According to a local legend, the Japanese soldiers were about to execute the villagers of Aliaga during World War II. But in the midst of downpour, Japanese soldiers suddenly change their minds. Afterwards, the villagers celebrated by rolling around the muddy ground. There´s a belief that being saved from the execution is a miracle of Saint John the Baptist.