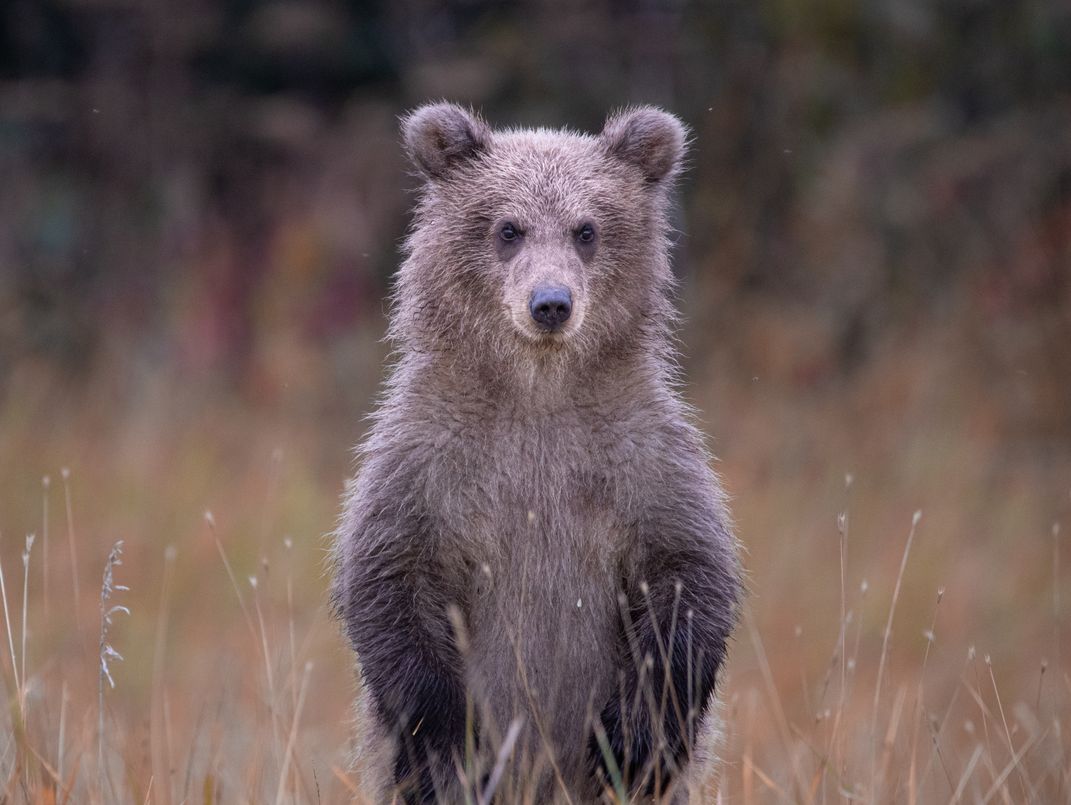 People often mistake bears standing as a sign of aggression, more often than not they stand simply just to get a better view of their surroundings or in this case, look where mom had ventured off to. I was able to capture this shot as we were observing a sow and her three cubs feeding in a field. The mother and two cubs were making their way towards the river, leaving this cub behind. I knew as soon as it realized it was alone it would likely stand up to find out where everyone went. I kept my camera on it and luckily a few minutes later, realized it was alone and stood up to find mom. I fired off as many shots as I could. Its mother wasn't far off and it quickly made its way towards her.