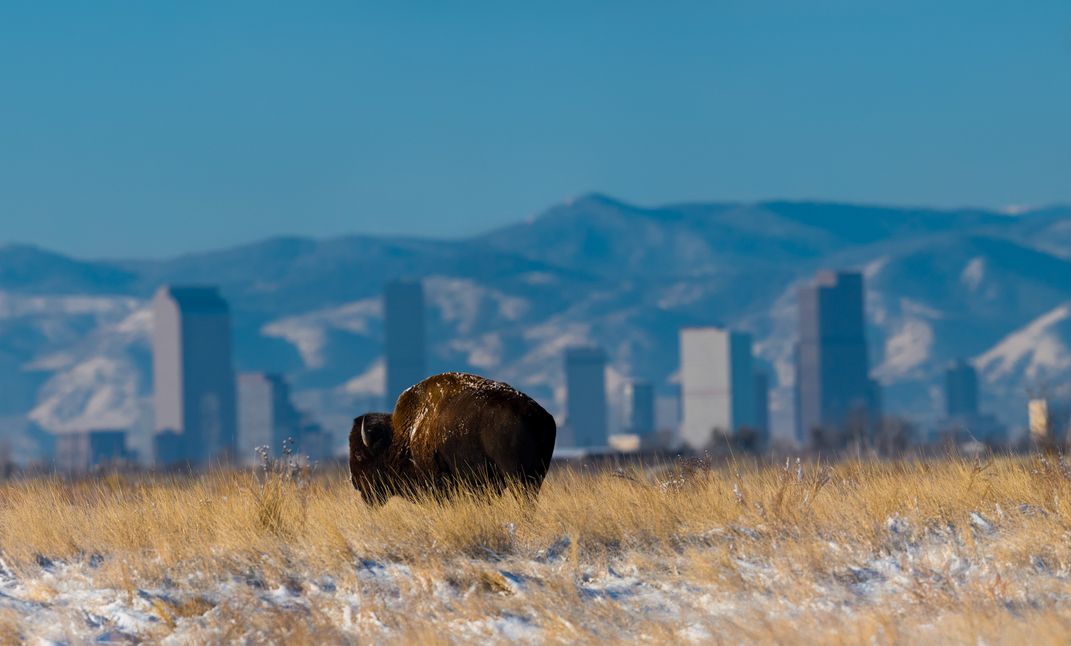 Two centuries ago the number of American Bison in North America was tallied in the tens of millions. In the year 1900, an estimated 500 of the iconic animals were left due to the staggeringly wasteful hunting of the early American west. Today, their numbers are still less than one million but the animals are no longer endangered. This bison stands with the City of Denver as a backdrop as it grazes in the Rocky Mountain Arsenal National Wildlife Refuge,