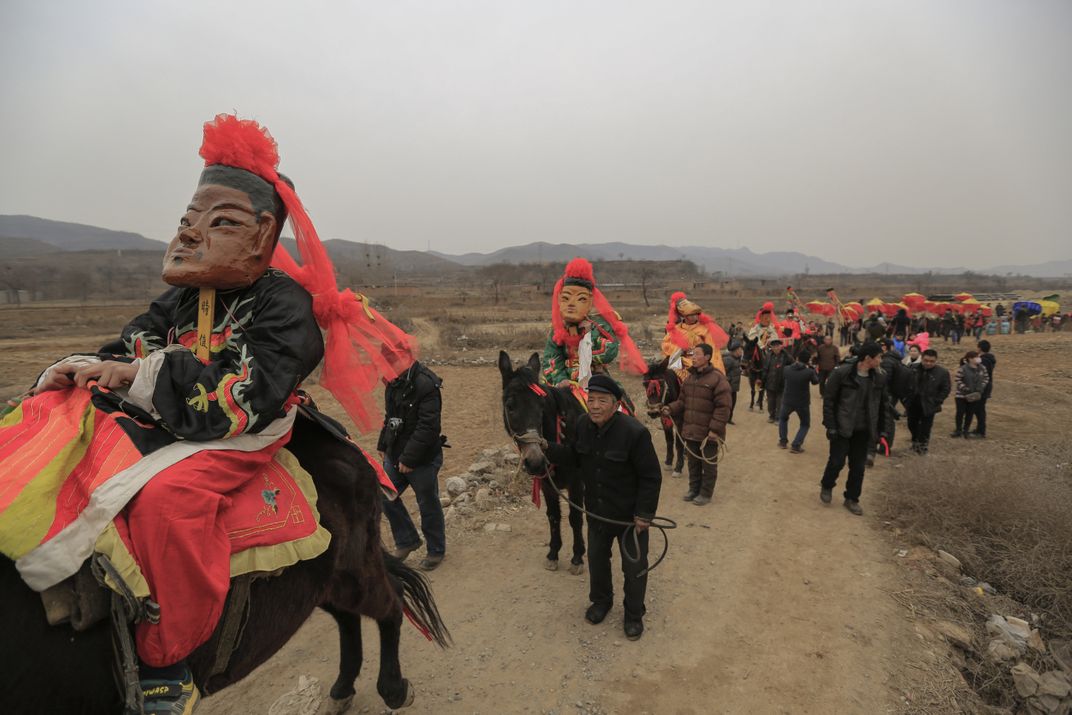 Nuo opera is a folk song and dance and opera form performed along the street in ancient sacrificial ceremonies, belonging to Chinese opera. In Guyi Village, Handan City, Hebei Province, China, the activity of Catch Yellow Ghost has been passed down for 3,000 years. Team play (including face play or mask play), competition play, and folk art forms such as float, dry boat, dragon lantern, lion dance, martial arts, overlord whip, yangko, etc. At that time, there will be more than 600 people directly participating in the performance, together with auxiliary staff, totaling thousands of people. During the whole performance, there were ceremonies such as welcoming the gods, offering sacrifices to the king of worms and the dragon king of ice and rain, and offering gifts to the gods. "Catch the Yellow Ghost" is a pantomime performed along the street, which belongs to the category of antithesis. His characters are Yan Luowang, Judge, GREAT GHOST, Two Ghosts, Jumping Ghost and the captured object Huang Ghost. Yellow ghost is not only the personality image of floods, pests, diseases and other disasters, but also the representative of evil forces such as disobedience and unfilial bullying. Through the capital punishment of Huang Gui and the above-mentioned series of ceremonies, it shows the people's good wishes to overcome natural disasters, ensure good weather, abundant crops, safe people and animals, and peaceful world, and at the same time, it also educates people in ethics and morality, such as respecting the old and loving the young.